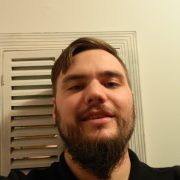 I am Benoit Koch and I am receiving youth minister training at Christian Leaders Insitute. I was born in France. However, with a surge of adventure, my father took us to Canada. We left everything we knew, all which was comfortable and safe. We settled fairly quickly in a small town in the northern part of British Columbia. After 20 years, I decided it was time for a change. So I moved my wife and son to the lower mainland of British Columbia. That is where we reside now.

When people bring up Christian ministry in the western world, they don’t think of it being in any sense terribly hard or surrounded by darkness, waiting for the perfect time to consume everything Christian. With the freedom of religion and freedom of speech act, how indeed could it be in jeopardy? I would answer that by telling you that our Christian youth are leaving the faith at an alarming rate. I could go through several explanations on why this is happening and how to mitigate this tragedy. But I would rather leave you with a quote from Frank Turek an American Christian author, public speaker and radio host, who said, “Three out of four Christian teens walk away from the church after they leave home.” Isn’t that frightening? That is why I feel called to get youth minister training to equip me.

Let’s move on to the journey in which I came to know the Lord. I will start by saying that I believe the Lord has walked with me throughout my life. From my infant baptism to my atheistic teenage self to my finally acknowledging his presence in my life. You see I have always felt protected and guided. Of course, I didn’t have a name for it for most of my life. At that point, I was being naïve and solely listening to what my father taught me. One of his famous lines, a similar line that all atheists or agnostics use:” I only believe in what I can see.” Without going into why this is a delusional belief to hold as a standard of measurement for what is real and what is not, I will leave you with only one question “Are your thoughts real?”

I was in and out of drugs, alcohol, and crime as a teen until the age of 18. Then, I became more mature. My wife also had a part in the reprogramming of my behaviors. She took up the project the Lord presented her with: me. After many years of researching God’s existences, I could only see his works in everything. I could no longer say the world was made without an intelligent designer. After a terrible situation, in which we lost our second son in the womb, I came to pray at the base of a church for guidance. While I was sitting there praying for guidance, I felt what I can only explain as a hand on my head. Surprised, I got in the car and drove away. I told my wife what happened and after that day never brought it up again.

Shortly after that incident, we decided to move to Kamloops, BC with nothing but our son and our clothes. I was working for a low wage and we were living in a small apartment in a rough part of town. Our faith in the Lord was the strongest it had ever been even if we were in what people would call poverty. I remember the day I came to know the Lord clearly. It was dark, gloomy and a storm was brewing. My wife asked me to get our son some diapers, so I was out driving, talking out loud to God by myself. All of a sudden, I had a feeling that I should be hiking a mountain. I couldn’t understand why I had this feeling but I knew I had to follow it. My instincts lead me to the base of a mountain, on which I started to pray on my knees. After the prayer, I started my climb up the mountain without lights, just me and the Lord. I was praying to the Lord all the way up to the peak, asking for a safe passage. When I finally got to the top, I yelled out loud, “ I am here Lord!” When I turned around, the sky was opened and a rainbow was in it, and on a tree under this rainbow was a shadow of a human figure with its arms out. That is when I came to know the Lord.

I would like to share my goals. If you remember, I spoke about the youth and how we are losing them at an alarming rate. In my youth minister training dream, I would love to create a live podcast in which I preach the word of God to the world. The CLI Getting Started course has given me the basic knowledge and illuminated my path. Not only that, but it has forced me to think outside the box about the different ways God works in our lives. We have started reading the Bible as a family, every day.

A youth leader is what I strive to be as I receive my youth minister training here at CLI. I want to help people to come to know the Lord and help the people struggling to grasp difficult questions about Christianity. There are hard questions out there, and this training will educate me so that I can equip the youth with the right tools to defend their faith. Please pray that my endeavors will be realized. And that the youth of the world will come to know the Lord, not only through my work but through the good work of Christian Leaders Institute.