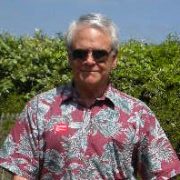 I am Benjamin Alexander, 71 years old, born and reared in the state of Texas, United States. I was married to Peggy Alexander for 41 years until her death in June of this year after an extended illness. We had four children, one of whom died in 2001. The others live in New Mexico, Texas, and Rhode Island.

We have four grandchildren and one great-grandchild. I served three years in the U.S. Marine Corps, serving two tours in Vietnam with 1st Reconnaissance Battalion. I spent 24 years in the U.S. Department of Justice as a Special Agent, retiring in 2002. In between I worked for AT&T, the Post Office, and on a cattle ranch driving cattle between Texas and California.
I grew up in a Christian family in Texas and was baptized at about age 14. When I graduated from high school I pretty much became the prodigal son until I married Peggy in 1975. It was then that I believe the Lord began the process of bringing me back to Him through Peggy and my mother. In 1997 we returned to the Church in California, where Peggy and I became seriously involved in caring ministries. We served as Stephen Ministers and Stephen Leaders for ten years in both California and Colorado. I commissioned as a Deacon, and then was ordained and served as a “Ruling” Elder for three years in our Presbyterian church in California. I now attend an Evangelical Free Church in Austin, Texas, although, because of my wife’s illness which struck shortly after we moved here, I have not been much involved other than worship, Bible study, and small groups.
My initial desire for seeking ministry training is to be able to unite my grandson (and his fiancée) in a Christian marriage this coming October. I looked at various offers for on-line ordination and discussed them with several pastors, but felt that such ordination would not allow me to legitimately serve my Lord. When I looked at CLI I realized that this might actually be a means to a “legitimate” ordination. I signed up for Training for Officiant Ordination at CLI! As I looked further into it, I began to feel a true calling from my Lord to pursue it, so I am. Where it leads, if anywhere, after marrying my grandson and his fiancée remains to be seen, but I feel that God is leading me somewhere with it beyond the marriage ceremony.
Although some of the courses leading to Officiant were, for me, a review of Christian principles, most of them offered a very interesting, informative, and challenging study into Christian leadership concepts. I am extremely grateful for the staff of CLI to have put their hearts into a project that provides instruction in matters that pertain to real-life Christian issues. The resources provided during this course, and the ability to refresh myself on issues that may arise, should prove to be very useful not only in any Officiant duties I may be called on to perform but for other Christian leadership duties. I do wish I had had this focused training previously.
So far, I intend to perform the marriage ceremony for my grandson and his fiancée this October. Beyond that, I have no other such plans. Small group and caring ministries will be my focus in the near future for which this course has given me much guidance.

Walking in the light- Being a service leader

Understanding Scriptures – He is my Redeemer
Scroll to top