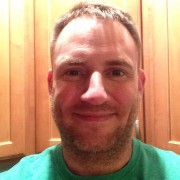 Who are the Leaders that are seeking ordination for ministry  at CLI?

My name is Brent Wilmarth, I am 39, a husband and father of 3 and 1 stepson. I live in the Denver/Aurora area of Colorado and currently studying both Divinity and Animal Sciences, with a hope to support my church and help the local community with the knowledge I am gaining through Christian Leaders Institute and working on Ordination.

I grew up in two households both physically and spiritually, during a time when divorce was seen as “taboo” and hardly talked about. In my Mother’s household, we were raised with the freedom to view religion on our own and develop our own desire to seek out the Lord. We attended a Methodist Church in New Hampshire that was more traditional and non-denominational than anything, very relaxed for a community of less than a thousand residents and a congregation of about 100 in a small town New England church. In my Dad’s house it was slightly different, he was more of a non-believer and my stepmother was a Catholic. So Sunday’s were interesting in that household, as well as Wednesday Mass.

I lost my faith through the years along the path of life, mostly after I had joined the military in 1999. It just felt easier to lead my life as I saw fit, instead of allowing the good Lord to lead me as He is meant to. I had seen faith as a luxury that I had no time for, and that God would not listen to a sinner such as myself. My life spiraled out of control quickly, and mostly without me even noticing. It wasn’t until I was reconnected with an old friend I had known growing up many year before that my faith began to be rekindled, and it happened in the most obscure of locations and timelines in my life.

I was deployed overseas, in a country I was certain God had forgotten. One day I was tasked with supervising a detail to clean out an old tent and to take it down, another in a long line of thankless jobs I saw that was meant to just keep me out of the way. During this detail one Soldier approached me with a chain asking if it was mine, not paying attention to it I said no and asked the others if it belonged to any of them, again no one claimed it. I took a closer look at the chain and noticed it to be a a thick-chained rosary, an item not widely seen in that part of the country, and no one remotely close to us claiming it. So I stuck it in my pocket and continued with the task at hand. Late that afternoon (morning here in the U.S.) I had received a random email from an old acquaintance, someone I had not spoken with in almost 10 years. It was the girl I had loved as a young teenager, but was far too shy to ever talk to. I spent the next few months conversing with her about life and looking forward to coming home, I even told her of the rosary that was found on the same day that we started talking again (it now hangs in our house from a cross).

We wasted very little time in reconnecting, we saw life as too precious and time too short as we had already wasted most of our younger years being apart. We were engaged within months of my return, and were recently married. Through our trials and tribulations of life together, we have grown together emotionally as well as spiritually. Our faith in each other is eclipsed only by our love for God, and that is a love we hope to share with our community. I truly believe in the words “I once was lost, but now I am found”, and the Lord was the one who lit the way. I have given my life to Him to do as He wills, and hope that I can help others to see His love.

Check out the CLI campus

Ministering to Young Women – Get your Training!