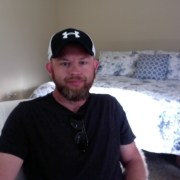 Hello, everyone! My name is William Reed, and my struggle of choice was alcohol. Here is my story of recovery and restoration and then free ministry training at CLI. I grew up in a home where my mother was an alcoholic, and my father was codependent. Even though the opportunity to drink was there from a young age, I chose to stay away from it until I didn’t. When I was 17 years old, after several disappointments, I caved and ran to a bottle. I attended a party and started to drink. When the party was over, I was the last one standing. It turned into some badge of honor.

Down the Drinking Road

High School graduation came and went with many parties along the way. I ended up joining the military and served in the Marines. We lived up to the stereotype 100%. If I was able, I was drinking. In most cases, it was nightly. This behavior continued for 12 years.

Through those twelve years, I racked up four DUI charges, two convictions, one hit and run charge, one felony fleeing charge, three vehicle crashes, and thousands of drunken trips down the road. Zero relationships that lasted more than 15 minutes outside of the list of drinking buddies. My relationship with God only existed in the sense of I believed. His relationship with me did, however, exist.

Gave My Life to God But Then Struggled

As a small child around the age of three, my parents allowed me to go to church with some men from the local church. They picked me up and gave me piggyback rides to the yellow church bus. I was young and did not remember much more. However, the act of those men living out God’s call for them would forever make an impression on me.

In my early teenage years, I had a group of friends that attended a local church, and through that experience, I gave my life to God and truly felt called into ministry. Being young and immature, I couldn’t understand why I had this new passion and desire to do what was right. My family had zero support for me. I started planning to attend seminary, and I needed my father to sign a financial aid form to apply for grants, etc., but he refused.

During this same time, we conducted a few fundraisers to go on a short trip for the youth. My mother was very drunk when I came home from school that day and mean. I told her off, and when my father came home, he defended her, punished me, and took away the privilege of going on this trip. That was the trigger and the anger I used to start down my insane journey to darkness and despair. Even with the choices I made, I am blessed with the opportunity to be here still. I also have the ability of hindsight, which showed me that as I acted out, God showed up.

My first experience with recovery and restoration was while I was in the military. I was ordered to ten meetings in 30 days; however, that didn’t work. The second time was after my first DUI conviction. They ordered me to a year’s worth of counseling. I spent about a year alcohol-free. I attended church again and had a pretty intense repentance experience.

The incident that caused me to revert was pretty severe. I totaled my vehicle and the one the police officer was driving. I immediately walked away from the accident, not realizing at first. It was a police officer I had hit. As I approached the vehicle to see if they needed help, I met a large number of police officers with guns drawn. God alone saved me from getting shot and from being charged with the accident.

After about a year of sobriety, I had a couple of drinks here and there. Before long, I was back to the same level as before, if not worse. It continued for about another year and a half before I hit my final bottom.

It was a sunny July day. I was drinking and doing yard work. A friend was helping me, and we decided to get some lunch with several more to many drinks. By the end of the evening, I ended up at a party on the other side of town. The police pulled me over on the way home. According to the report, I sped up in an attempt to flee but then pulled over. They took me into custody.

I was granted bail the next day, returned home, and was soon greeted by a new set of police officers. They said I was wanted for a minor hit and run that took place eight hours before the DUI arrest. I was only cited with a notice to appear in court. Then they received an emergency call and didn’t have the time to arrest me. I hired an attorney, and the initial plea offer was five years in prison, five years probation, etc. I lost my career, my home, and all of my possessions. It took more than a year, but we were able to get a much better offer.

During this time, I continued to drink. I figured I was going to prison anyway, so why not. I was broke and borderline homeless. However, to my surprise, I only received ten days in the county jail, five years license suspension, two years treatment, and some fines.

“God Must Have Better Plans” for Recovery and Restoration

I mentioned it to a good friend, and he said something that stuck. “God must have better plans for you than the court system did.” Shortly after, I moved away from Jacksonville to Orlando. I got to start fresh. I went to church with the woman who would become my wife. That church had a CR group, and I was able to use it for my mandatory treatment. By the end of the two years, I was offered the opportunity to step into a volunteer leadership role in the group. It led me to consider step 12, my favorite. “Having had a spiritual experience as the result of these steps, we try to carry this message to others and to practice these principles in all our affairs.”

My sponsor came alongside me on my recovery and restoration journey and walked me through the steps. He was firm but caring. As I became healthier, I began to make a transition from my past to my future. My walk with God increased, and I took the Great Commission seriously. However, before I went out to make disciples, I had to learn to be one. The more I learned, the more I sought direction. The more I found the word to be a place of both comfort and growth. I leaned on Ephesians 6:11, “Put on the full armor of God so that you will be able to stand firm against the schemes of the devil.”

Growth, Called to Serve, and Study at CLI

I am not perfect. If I suit up in God’s armor, I am protected. If I wake up each day and place God first, the probability that I am going to win that day is pretty high. It took a long time to be in a place where it isn’t about me. It is pretty great!

I have a wonderful wife, and she supports me completely. It is an honor to be the father of our five children. God has shown me how to love. I should not be here, but I am grateful to be. I am thankful that I still have an opportunity. Now I am excited to study at the Christian Leaders Institute for free ministry training. I want to help others to work and live for God and find recovery and restoration. I want others to lean on Jesus and know that they are not alone. No matter how dark the night looks, there is light. You can succeed in the Lord. If I can, anyone can.

To live a life with Jesus, and my family is a gift. To live today, sober has been a blessing. Tomorrow, Lord willing, I will suit up and do it again. Lastly, I encourage others on a recovery and restoration journey to get involved in a home church. Find a way to serve, find a Bible study to join, find a way to keep growing. This summer, I celebrate 12 years of sobriety. God bless you!