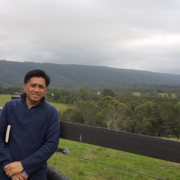 Blessings to you in the name of our Lord Jesus Christ. My name is Nestor Agtina, and the following is my ministry journey. Currently, I live in the beautiful city of Sydney, Australia. I am an entrepreneur working in the real estate industry. Recently, I am working as a young pastor in a pioneering ministry. We founded Unto His Mountains Ministries in May of 2019.

I am happily married to my one and only wife, my prayer warrior, and my loving partner in the ministry, Gie. We have an awesome son, Jethro Emmanuel. We picked his name from the Bible, which means: “abundant blessings for God is with us.”

Had a Worldly Dream

I was born in a remote locality in the Philippines. My parents are farmers. I’m the fifth of nine children consisting of three girls and six boys. Growing up was very tough when most of us were studying and with minimal finances. I had to rely on government scholarships to get into college and finished my degree in mathematics.

However, I had a huge dream. So, while I worked with the Philippines government, I worked during the day and entered law school at night. Hard work and perseverance paid off, and I became a Lawyer and also earned my Masters Degree in Public Administration. At that time, I was pretty accomplished and happy with my achievements until I decided to get married. I followed my girlfriend, now my wife, to New Zealand, who was then working there as a Registered Nurse. Little did I know that God planned something better for me than I ever dreamed.

God Was at Work for My Salvation

I was born in a nominal Roman Catholic family. I grew up with little knowledge of the Bible and only attended mass if I needed something, or there was a special occasion. As an ambitious young man, I focused on my career and loved what the world offered. I lived in sin destined to hell. I was into alcohol, pornography, fornication, and so forth! But God didn’t leave me there.

I was 30 when God used a pastor in a countryside church in Whangarei, New Zealand, to confront my moral and spiritual depravity. He didn’t want me to be left behind or to go to hell. It created a controversy in my mind. So I read the Bible for myself. God opened my eyes to understand grace, forgiveness, and salvation. I accepted the Lord Jesus Christ into my life and received beach baptism in the middle of winter! God also miraculously healed me of my alcohol addiction. By His grace, I am growing into maturity forsaking sin and into holiness and righteousness.

I became involved in the worship team in our local church. Our Senior Pastor back then saw in me that I have a higher calling. I didn’t understand what he meant at that time, so I just brushed it off. My first involvement in the ministry was the worship team. I was a big fan of country music, played guitar, sang, and partied with friends before I became a Christian. God changed my appetite for worldly songs and turned it into heavenly songs!

My Christian walk got deeper and deeper. When we moved to the capital city in New Zealand, we stepped up to lead a Bible study group with 6-7 families for about three years. Then, when we moved to Sydney in 2009, we attended Hillsong Church and became one of the Connect Group leaders.

After five years at Hillsong, God reminded me of my higher calling. We moved to a local church that was starting.  We had the privilege to learn and be equipped and trained in the actual ministry. I was formally ordained as an elder of the church.

After four years, the LORD called me to start a new pioneering ministry, Unto His Mountains Ministries. It was birthed by revelations, prayers, and visions from the LORD. There’s a call to come out from a dying, worldly state. There’s a call to come up to the mountains to be intimate and spend time with the LORD! We envision that it will be a life-transforming journey. It is for those who are hungry for God, those who want to experience intimacy with Him, and those who seek habitation and beholding Him.

Living in the most populous city of Australia, which is around 5 million, is a huge challenge in my ministry journey. People are so occupied and so busy running their secular affairs. The recent population survey in 2016 showed 43.8% of people had no religion, and 15.2% did not answer the question on religion. The largest religious group is Roman Catholic, at 15.3%, followed by Anglicans, and the growing Islam religion. Born-again believers are a minority. We face a great harvest in this city, and the laborers are few.

Coming to the Christian Leaders Institute this November of 2019, I am excited to learn and grow more in the Word of God and be thoroughly equipped for the ministry. The Bible says in 2 Timothy 2:15, “Be diligent to present yourself approved to God, a worker who does not need to be ashamed, rightly dividing the word of truth.” With exhilarating days ahead, I can’t wait for God’s fantastic plan and blueprint of the ministry that will be revealed to us! All glory and honor to our God Almighty. 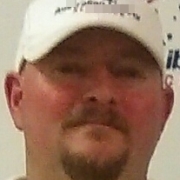