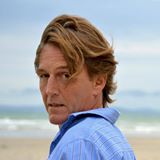 My name is Christopher and I am blessed to receive a free South African Christian education at Christian Leaders Institute. I grew up in a small South African city, in a family that professed to be Christian. However, that only meant going to church at Easter and Christmas. But I was no stranger to church. I sang in the choir of the Cathedral of Saint Michael and Saint George in Grahamstown from the age of 8 until just after I turned 13. I never questioned whether or not I was going to Heaven when I died. Salvation was not a message that I ever heard preached. I just assumed that Heaven was my destination. It was only when I was 16 years old that I was saved.

I attended a private boarding school in South Africa and a team of young evangelists from a church called “His People” was preaching at one of the boy’s hostels at the school over the period of about a month. Many of the children in that hostel were inviting Jesus to become their Lord and Saviour. Out of curiosity, two friends and I decided to attend a service on a Sunday evening. It was the first time that I ever heard the simplicity of the message of The Gospel preached. It was life-changing.

An altar-call was made toward the end of the service and I literally ‘found’ myself walking forward. I hadn’t made any conscious decision to give my life to Jesus. It was almost like I was being pulled forward by God himself. The young man who had been preaching lay his hands on my head and I fell to the floor, slain by The Holy Spirit. I came to my senses about 15 minutes later filled with an indescribable sense of peace and joy, and words that I didn’t recognize were tumbling out of my mouth. It was a dramatic encounter with a living God and left me without any shadow of a doubt that God the Father, Jesus Christ and The Holy Spirit were real, alive and loved me. Outrageously.

I wish that I could say that I was a faithful disciple from that day on. But that would be a lie. This mountaintop experience was with me for about 6 months and for that time I walked very closely with Jesus. But then I started to question the truth, backslide, and eventually, I turned my back on Jesus completely. After dropping out of university, I was bitten by the travel bug and spent the next decade backpacking around the world. I call it back-packing, but a more honest description would be that I was running. Running from myself and running from God. I was looking for answers in all the wrong places, trying to forget that I already knew the Truth.

On my travels, I found myself spending 18 months buried in the Moslem Quarter of the Old City of Jerusalem. I was working at a youth hostel for a militant Palestinian family who had owned the building for over 800 years. It was originally a caravanserai on the Jerusalem – Damascus road. And so began one of the most interesting periods of my life. It was not my first visit to Israel and wouldn’t be my last. I had worked for a Jewish family on their Moshav near Yehud, a tiny village close to Ben Gurion International airport. And I would work for a Jewish family again on their dive-boat in Eilat on the Red Sea. In total, I spent three and a half years in the Holy Land and explored every square inch. I questioned everyone and everything. I became close to an English speaking Imam at a small mosque around the corner from where I worked in Jerusalem. I still remain friends with Uzi and Nitsa Dekel, the Jewish Moshav owners on whose farm I had picked and packed fruit. And the whole decade of my travels was spent having a party. I got into alcohol and drugs in a big way and lived a hedonistic lifestyle. Then God called me. Again.

I realized that I had addiction problems and chose to spend 6 months at a Christian Rehabilitation Centre in the middle of the arid Karoo region of South Africa; Family Outreach Ministries. One night, I had been talking with one of the counselors and the presence of The Holy Spirit in the room was tangible. Real. Unmistakeable. Mike and I wrapped up our discussion and I headed back to my dormitory beneath the light of a billion stars. Suddenly, I was pushed to my knees by an indescribable force. And for a moment God showed me one facet of an infinitely faceted crystal. He showed me one tiny aspect of Himself and it was limitless. I was crushed, humbled, and for the second time in my life filled with that peace. That joy.

God eventually gave me the woman of my dreams, and when we were both 37 years old we were married. Both of us for the first time. The following 5 years were bliss. Then sadly, my wife was killed in an airline crash in Libya, Tripoli en route to London. I can honestly state that it was only my relationship with God that got me through the next few years. Yes, I got angry. No, I did not understand. But eventually, I got to a place where I could honestly get onto my knees and thank God for every second that He had given me with Bree. And life went on.

Today, I live at and volunteer at a Jesus-focused Christian Care center in rural South Africa. I work as an assistant to the manager. The center takes men off the streets and gives them a roof over their heads, a warm bed, hot showers and three meals a day. We provide work in a structured kibbutz-style Christian environment, and Jesus does the rest. There are healing and restoration and men are touched by God. I don’t get paid for what I do, but I am filled with passion and purpose, peace and possibility. Every day is a miracle for which I thank our living God. I also thank God for the opportunity to study at Christian Leaders Institute. I couldn’t afford a more conventional Christian education, and living on a farm far away from any city, it would be impractical. So thank You, Lord, and thank you, CLI, for my free South African Christian education. I am infinitely blessed.