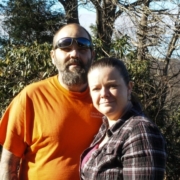 My name is Mary Ila Shana Williamson, and I go by Shana. Born and raised in North Carolina in the USA, I still live here today. I am a newly saved child of the One True King. As many people do, I spent most of my life, assuming I was a Christian. Recently, I realized that that wasn’t the case. To be saved, I needed to take a couple of steps. These steps led me to take more steps and more, which led me to the free quality classes at the Christian Leaders Institute (Learn more about Studying the Bible, Click Here).

However, let me back up a bit. When I was 15, I was in a car accident that changed my life forever. I spent a month living in the hospital and multiple years after that going to therapy to learn how to walk again. My back was broken in two places. I had an incomplete spinal cord injury and had multiple lacerations on my intestines. Therefore, I had four surgeries. The first one was on my back, where it was fused, and rods were put in. Then, there was an exploratory surgery on my stomach to fix my intestines. Then, one week later, emergency surgery after my intestines began to leak. They removed a third of my colon and put a colostomy bag on then. Finally, the last surgery was for the takedown of the colostomy bag.

Life was hard. I questioned why me, and if it had to be me, then why did I have to survive it. I was in pain and was different now. Unable to attend my school or be with friends, I was angry. Further, I was also loaded on pain meds, which I then became addicted to. I spent from 15-21 as an addict. It got worse as I got older, and I also began drinking. My life was a dead end. I was probably close to the end when I found out I was pregnant. Immediately, I stopped drinking and taking drugs and never looked back. My son was sent to save me, and that I am sure of.

Fast forward 10 years, I realized we both needed God. We were both baptized and have been attending church for several months now. When I accepted Christ, it’s like a light switched on. I couldn’t get enough information. Now, I want to learn everything I can and share the Good News. I want to help others.

So I was thrilled to find the Christian Leaders Institute and see that it was actually free quality classes. COVID has placed a great strain on my family, and we aren’t at all capable of paying for expensive schooling. As soon as my husband found a new job after losing his due to COVID, he ended up in the hospital needing emergency surgery. So free quality classes were a requirement, not just a desire. I now spend several hours a day completing lessons and working on becoming an ordained life coach minister. I am called to do such and very strongly called at that. God is good, and I can’t wait to see what all He has in store for me as time goes on!

Advanced Ministry Training for Next Level of Ministry

Training for Chaplain Minister at CLI
Scroll to top