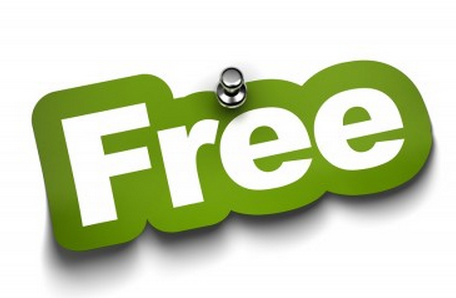 Two thousand years ago, Jesus offered twelve select disciples the opportunity to receive ministry training from Him personally. He didn’t ask them for any money, although they all had jobs and trades before they were called. His ministry and the ministry of His twelve apostles was funded by wealthy people in the Jewish society. For the apostles, this training was free. Or was it?

Money has become a focal point of our thinking in today’s society. Money is needed to do anything. Eat, sleep in a sheltered location, stay warm during the winter, and stay cool during the summer. In fact, money is such a central piece to our philosophy that many people look at “free” offerings and say “what’s the catch?”

I heard a story once from a friend who was trying to get rid of a refrigerator. There was nothing wrong with the refrigerator. He’d just replaced it with a newer model with more features, but the old one still worked fine. He put the refrigerator out by the curb with a large sign that said “free.”

Weeks went by, and still nobody had picked the refrigerator up. He lived on a busy enough street. There was plenty of traffic, and certainly somebody driving by who could use a refrigerator.

Finally he decided to change his strategy. He took down the sign that said “free” and replaced it with one that said “$300.” Then he went back into his house and went on with his day. The next morning, the refrigerator was gone.

When people drove by and saw “Free,” there was a thought process that has become subconscious in our modern world. Essentially, the very fact that something is “free” causes us to question it’s value. It causes us to question it’s authenticity. People drove by and, somewhere under the surface, began to think “there must be something wrong with it. If it were in good working condition he could get money for it. Why would he give it away for free if it still worked?”

But put a price tag on that same refrigerator and all those doubts are gone. Suddenly people who drive by don’t doubt that it works. They only doubt, perhaps, the intelligence of the man who left this item worth $300.00 out by the side of the curb. Most likely somebody drove by during the day, saw the refrigerator “for sale,” and returned at night with a pickup and a little help to haul it off.

The Price of Free Biblical Training

In fact, Jesus charged the highest price for his training. The money didn’t matter to Him. God created all things. He can bring a fish with a coin in it’s mouth to you at the moment you need to pay taxes. The cost of being Jesus disciple was the lives of those who became His apostles. From the time that they began to follow Him, they sacrificed everything, though they didn’t realize it at first. They gave up their hopes and dreams for the present life, their standing among their fellow Jews or friends. Everything they had was stripped away and replaced with one great calling – to be witnesses of what they had seen, of who God was. It was as Jesus said, “Whoever seeks to save his life will lose it, but whoever loses His life for my sake shall find it…”

Our courses are free, but they’re not easy. They are developed by accredited professors with seminary degrees up to and including doctorate degrees in their fields. In order to do well in, or even pass, our courses, students have to be able to put time in – about 3 hours a week per course, and more depending on the class. This is time that they can’t spend doing other things like trying to make more money, engaging more with their family, fixing up their house or yard, or even just relaxing.

Anybody who pays money for something can be expected to put time into completing it. If any person, called or otherwise, puts several thousand into training to be a pastor, you can expect that in most cases they will do everything in their power to complete that training. However, if they don’t put money into it, only their calling and the power of the Spirit holds them to their course. If they are not called, they have no reason to finish difficult classes that they didn’t pay for, but if they are called, they will do everything they have to do to pursue the calling, by the power of God and His Spirit.

Students who enroll in Christian Leaders Institute have very specific needs. They have a calling to go out and serve the Lord in a position of leadership, but they don’t have money to go to seminary, or they have families and can’t just drop everything and relocate with no job. Some of them are already involved in leadership and know that they need a stronger foundation. All of them are willing to sacrifice their time for the free biblical training that we provide because they need to pursue God’s calling. They are willing to pay any cost because they have already paid the highest cost. They have given up their lives to pursue the calling of Christ.