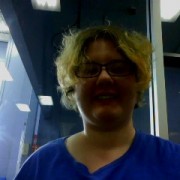 The melting pot. The country where it is okay to be any Skin color, or have any religion. The country where dreams have the ability to grow wings, and inspire millions. The united states of America. Where in most countries you will experience physical death. The united states is very unluck in retro respect , because we experience spiritual death.

Sin is a gigantic problem That cuts the soul off from God. The untied states is a breeding ground for murder, lust, gluttony, anger, and violence. In the new international version( mark 7:20-23) it has (What comes out of you is what defiles you. For with in out of your hearts, come evil thoughts, sexual immorality, theft, murder, adultery, greed, malice, deceit, lewdness, envy, slander, arrogance, and folly. All of these things come from in side of you, and defile you.)

The united sates has people who will Deceive you. People who will bend the verses of the Bible to suit their own needs. You will run into people who will judge you, hate you. Satan will attack you at every angle he can to induce your spiritual death.

One example is some one informed me as long as you do your duty as a man ,and bare a child with a woman then it is alright to have homo sexual relations. (When it Leviticus new king James version says) (you shall not lay with a male as you would a women it is an abomination). Also there persist the fact of improper knowledge of what it means to be a Christian.

The Christian institute’s Christian basics helped me receive the knowledge in what it means to be a good Christian. Before I had not realized I was a fake masquerading, as the real deal . I was hindered spiritually because I lacked the proper the knowledge of what it actually took. From the basics I learned I knew of god since I was a child, but I did not know him . The Journey that took me here was a long twisted narrow path way that I barely scrapped out of. The journey brought me to question my soul, my faith, where I belong. Until one night I prayed on my knees confessing all of my sins . it was not until weeks later that I felt the spirit of God.

( Romans 10:9 esv version) says (Because if you confess with your mouth that Jesus is lord , and believe with all your heart that God raised him from the dead you will be saved. )There is a way into salvation paid by the blood of the lamb.( John 3:16-17 esv version.) ( For God so loved the world he gave his only son, so that who ever believes in him shall not perish , but have eternal life. For god did not send his son to condemn the world, but in order that the world might be saved through him.)

John 3:16 Has lead me to the firm belief That every one from any walk of life should be allowed in to the bride of Jesus Christ. There are churches who turn away people for the way they are dressed. There are pastors who shun there own brother out of church. There are churches That condemn you for missing a few sundays. My sister had missed a few , the Pastor informed her she was going to hell because of that. She refused to go after that. I believe people should want to come to worship. They should feel the holy ghost coming over them . They should not have to attend because you are going to hell if you do not .

I want to provide a safe haven for those who want to receive the word of god, and come to know our savior. I need to have the proper knowledge to obtain what is necessary to teach the gospel where there is no confusion . Where I would have the ability to inspire, and teach salvation to those who seek, and to those who need it. This opportunity would grant me the possibility of saving millions, or even hundreds. This opportunity will allow me to save that one person that thinks they can not be saved.

( Remember this who ever sow sparingly will reap sparingly, and those who sow generously will reap generously ) ( 2 cor verse 9.6 new intentional version) Tells the whole person what I hope to achieve. I Want to plant not just one seed , or a couple seeds .I want to plant a whole valley of seeds, so when they spread they will plant their own valley. I firmly believe one day I will be a church planter .