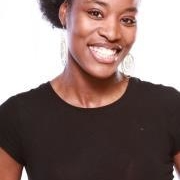 Calling on my Life

My name is Sophia Gilliam and I have a calling on my life from God. I am from Wichita Fall, Texas. I was born on May 12, 1981. I grew up like many children with two working parents, and a grandmother who reared me in the things of the Lord.  Proverbs 22:6 in the Bible says “train up a child in the way he should go and when he is old he will not depart.” I recently celebrated my 37th year of living on earth, and I am pleased to say that I still love Jesus. I am so passionate about the things and the people of God that I felt the calling on my life from a very young age. I could never really explain what that feeling was that kept overtaking me, but I knew that it was something that I did not want to lose.

As a youth, I stayed away from people. I kind of attempted to stay in the background and just enjoy my own company. I, like many other children, participated in the choir and Vacation Bible School. There was always something to do in the church. Although as a child I was raised Baptist I ended up changing over to Pentecostal at the age of 16. It was then that I began to get serious about the calling on my life. Not only that, I liked the way that they praised and worshipped God. It kept me excited and wanted to be around the people of God.

After I graduated high school, I joined the army to gain my independence and see the world in a different aspect. I only stayed in the military for one year. It was during that time that I strayed away from God. Everything that I thought I was big and bad enough to do I did. I went to clubs, I drank, I partied, and I was wild until I ended up pregnant on my birthday. It was then that I began to cry out to God for help. My son’s father was soon to ETS and what made it so bad was he was married. He wanted me to get an abortion, but I was never okay with that. I can remember lying in my bed that very night and praying to God telling him that if it was for me to terminate the pregnancy he needed to give me a sign. My son Jeremiah would not sleep that night he kept moving letting me know that even though I made a mistake things were gonna be okay, I asked God for forgiveness, and on September 18, I was honorably discharged from the military.

I relocated to Hinesville, Georgia where I married my husband. As I prepared to live my life I held in secret from my spouse that the baby that I carried was not his. Three babies later that secret was revealed. The marriage then ended in 2006. It was in 2006 when I decided that being a single mother was not work that I felt I was ready for, and I signed my kids over to my now ex-husband. I was living in and out of hotels and working two jobs to support myself. He filed for divorce, and I was ordered to pay child support making matters increasingly difficult. I can honestly say that period in my life was a challenge. It was through that pain, and betrayal that God began to minister to me in the spirit of brokenness. I felt so empty inside, and I kept looking for love in all the wrong places.

After many failed relationships I finally found one that I thought would help me to settle down. I was still living in sin though, so it was never really perfect. He was in college, and I worked at a Goodwill plant in Savannah, Georgia. I went from homeless shelter to homeless shelter trying so hard to get it together. It seemed like through the years I would surrender to God but not completely and wholeheartedly. This erratic behavior caused a lot of instability in my life, and it took several more years for me to finally get it together. I moved again in 2009 to Macon, Georgia where I got a job working at a Dairy Queen, and things seemed like they were starting to look up for me. I stayed at that job for a whole year before I left and went to work at a Walmart. Fast forward to 2010, I got a phone call from my mother that my granny was very very sick and that she probably would not make it through the night. In the wee hours of the morning, I received another phone call that she was gone. I was not close to her, so it hurt but not tremendously.

I think I was more affected by my mother’s hurt. I got the opportunity to go to the memorial service and see a lot of my family that I had not seen in years including my dad. My dad, all throughout my life was my hero. I looked up to him. I still do to this day. It was not until recently I experienced the soul-shaking news that my dad’s mother died. I was so angry and hurt, and I no longer wanted anything to do with anyone. I fell into a deep dark depression. I felt rejected and betrayed by God, and I became even more rebellious, but God continued to have mercy on me. He never gave up on me.

Fast Forward again to 2016, I was kidnapped and sexually trafficked. For the short period that I was in captivity, I was raped, sold, abused emotionally and tormented. It wasn’t until that year in July that I ran away from my abductor after many failed attempts. I was then sent to a safe house in Georgia. After three months in that program, I was sent to Cynthiana, Kentucky. It was here in the program for women that God allowed me to find healing and restoration. I received counseling for one year. It was through that counseling that I began to grow and blossom in the things of God uniquely. My spiritual goal in life is to minister to hurting women. I want women to realize that God loves them regardless of what mistakes they have made.

I want them to realize like I did that they no longer have to settle for ordinary superficial love. God’s love is sufficient to make them whole. I hope that through this training at Christian Leaders Institute that I will grow into maturity in the calling on my life and be able to evangelize and serve in any way that God desires of me. The scholarship is necessary because I am living at home with my dad and I am ineligible to receive student financial aid due to student loan debt.