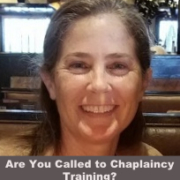 Call to Chaplaincy Training at CLI

My name is Daphne Estrada, and I am a born-again believer in Jesus Christ. I was baptized in Jesus’ name and filled with His Holy Spirit on March 18, 2001, and have been serving Him ever since then. The following is the story of my journey to a call to chaplaincy training at CLI.

As a child growing up in Los Angeles, California, I attended a Catholic elementary school, where I learned that God existed. However, I didn’t have a relationship with Him and never read the Bible. As an adult, I began to cry out to God when I felt that I had nowhere else to turn. I had been suffering through a painful marriage for almost ten years. As I began to cry out to Him, He began to reveal Himself to me. My husband and I separated and eventually divorced.

But during this time, my older sister had an experience at a church that radically changed her life. She shared her experience of baptism in water for the remission of her sins and received the baptism of the Holy Spirit. She was delivered from years of depression on that day and was suddenly (and still is) on fire for God!

I had already begun to recognize God’s voice. However, I was still involved in some situations that were clearly out of God’s will. I purchased a Bible and began to search for more, and He began to convict me of sin in my life. After about eight months, I finally decided to turn away from those things that were not pleasing to Him and to trust fully in Him. I repented of my sin, was baptized, and filled with His Holy Spirit. This event marked a fantastic new beginning in my life.

My sister encouraged me to be faithful in going to Bible study, Sunday school, and church services. She also helped me to seek God in His Word, pray regularly, and pay my tithes and offerings. The Lord began to challenge me to let go of plans that I had for my life and activities that I enjoyed and to seek Him for direction. God revealed that I was called to ministry, although I didn’t know in what capacity. So, I began to attend Bible college in the evenings.

Eventually, through a dream, He revealed that I am “called to be a missionary to many nations.” The Lord supernaturally led me to Youth With A Mission (YWAM). He directed me to be trained and later serve in Perth, Australia. I served with YWAM for a little over seven years. I also spent one year in East Africa and traveled to several other countries for shorter periods.

The Lord led me to leave YWAM and move to Florida to study nursing. However, first, I was to train to be a Certified Nursing Assistant. I obeyed the Lord. Through my obedience in serving in this way, God brought me to my future husband. He was a bus-driver for my first client. Neither one of us was looking for a spouse because we were each believing the Lord would choose one for us in His perfect timing. The Lord revealed His plans, and in faith and obedience to the Lord, we married five months later.

We have been very happily married for over four and a half years. We are serving together as pastors of a small Spanish church in Cocoa, Florida. My husband had been pastoring this congregation for about 19 years before our marriage. I have not yet trained to be a nurse. But, I served at a nursing facility for almost five years. There God led me to start a prayer meeting for the patients and a “Word of the Day” bulletin board with a new scripture posted each day. I had the freedom to talk with and pray with many patients.

My Call to Chaplaincy Training

Learn about ordination at the Christian Leaders Alliance. 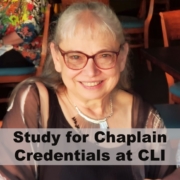 Study for Chaplain Credentials at CLI 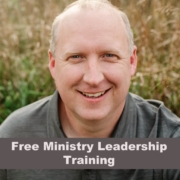 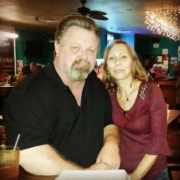 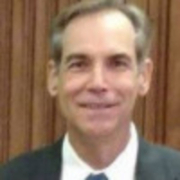 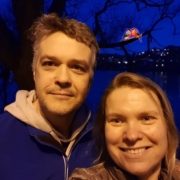