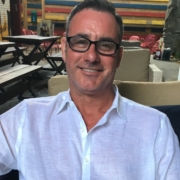 My name is Tony Hipps, and I am excited to study for my Bachelor of Divinity Degree at CLI and CLC. I live 15 minutes from downtown Nashville, Tennessee, Hermitage. Over the years, I have lived in several major cities and have never experienced an epidemic of homeless people on such a large scale as in Nashville, TN.

My goal is to earn a Bachelor of Divinity degree through Christian Leaders College. Then, the staff of the Nashville Mission will open doors to me. Therefore, I will minister and communicate the Gospel effectively to homeless people who stay there.

My call to the ministry call is not new. It’s a call I fell away almost ten years ago. I thank God that the Holy Spirit has continued to woo me ever since.

I was born in East Tennessee and moved to Texas with my father and my siblings after my mother left the family. I was eight years old, and I have been unable to locate her for the last 40 years. My family and I assume she passed away, but there’s no way to be sure.

We grew up poor on the outskirts of Houston, TX. Some years were better than others, and when my father remarried, things seemed to get better. However, we were not churchgoers, there was never a Bible at home, and drinking was a usual way of life. The alcohol caused problems leading to a divorce and a remarriage.

We moved to Woodstock, GA, with our second stepmother in 1986, when the market crashed in Texas. Again, life seemed better, but we still did not understand salvation. We still weren’t churchgoers, but I was interested in the idea.

I joined the Army in 1989 and 1991. I went to the base chapel in Germany. The chaplain and I started a friendship, and I accepted Christ as my Savior not long after.

After going to Desert Storm, finishing my tour in Germany, and being transferred to Fort Hood, TX, I strayed from the Lord in 1993. I was arrested three times for drugs. The third time, I lost all my rank. I had the option of a court-martial or an “other than honorable” discharge. I chose the discharge and moved back to Georgia with my father. My father and I were struggling to pay bills, but we always seemed to have enough to keep the house full of alcohol.

My Marriage and Ministry Study and Service

I met my ex-wife in 1998 and had a daughter in 2000. Throughout our ten-year marriage, I quit drinking, began going to church again, and fell back in love with the Lord.

I started taking classes at a Bible College around 2004. The pastor and associate pastor discovered this fact, so they reviewed the school to ensure adequate training. They were impressed with the school, so they encouraged me to start working with the youth after attending for a year. After some time and more preparation, I became the Children & Youth Pastor, Sunday School Coordinator, Wednesday night Preacher, and was put on the pastoral leadership team.

In 2009, my pastor introduced me to a member of the Bartow County Baptist Association. After the meeting, the goal was to find a small church in the area that needed a bi-vocational pastor to transfer me there.

All began to go downhill again, as Lisa and I agreed to divorce. After the divorce, I sought counsel from my pastor, who told me that I was no longer qualified to serve in the church.

My hope of pastoring a small church was dashed. Once again, I fell away from the Lord. I quit attending church, quit the Bible college, and quit talking to folks about Jesus. Even though the Spirit never left and continued to draw me, I ignored Him because the pastor of a church was questioning my desire to serve God.

Fast forward to 2016, as mentioned, the Spirit never left me. So, here again, I am looking to serve the Lord. Also, my relationship with God has never been stronger. Even though it is a little later in life (knocking on 50), I believe that this is the time the Lord has for my ministry to begin. I’m a little older, a little wiser, and more cautious. However, now the devil can be seen coming from a mile away. I say no to the devil!