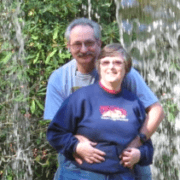 I am Doug Berryhill. I have the privilege to tell you about God’s incredible role in healing me from my past and giving me revival hope.

My life was great in the beginning. But things soon started downhill: my mother had depression problems. She depended on sleeping pills for help. When the depression became overwhelming she committed suicide. It was a month before my sixth birthday. I was crushed. I was alone. I saw myself as a victim – a pawn in some awful experiment. I withdrew and became a loner – I was socially clumsy and not popular at all. I was the kid that everyone else made fun of. By the 4th grade or so, I would have been voted The Most Likely To Fail.

But my Dad was a major presence in my life. He was my link to the reality of love, caring and belonging. I did poorly in school and I wasn’t much of an athlete, but my Dad loved me. We spent a lot of time together, my Dad and I. It was because he loved me.

But in my mid-teens, my Dad began to change. Over time, he became convinced that he needed to raise some money. So he purchased a life insurance policy on my life with himself as the beneficiary and made some calculations. The back of that policy still has the handwriting that is my Dad’s. It has the words: “If he does not die before about” … and something about 2 days … and a place where he calculated how much he could get from the policy and for my car if I was no longer around. Then he called me into the house, explained that he needed to raise some money and that to do so, he was going to have me killed.

But my God was watching out for me! While I was in college, I met someone at the Wesley Foundation who I could hold onto. I met a wonderful young lady named Shirley. We’ve been married for 48 years.

The great undercurrent of my life has been focused on answering a complex three-part question:
• who can I trust absolutely?
• who won’t abandon me?
• who will heal my memories?

Some 25 years ago, I participated in a psychological examination that is renowned for its accuracy and thoroughness. It said that I had deep, deep wounds and that I was greatly at risk in 2 or 3 significant categories. Psychologically I was in very serious trouble. You know what they can’t figure out? They can’t explain why I’m not in jail or a psychiatric ward somewhere… or worse. They can’t explain it because the survey doesn’t take into account the healing and rebuilding power of our great God who gives me revival hope!

You know, the great thing is that God didn’t have to do a lot with me – just convince me of the Truth, that’s all. I can’t explain how God did it. But the conduit for that healing was the Bible and learning about His character and plan which brought me revival hope in Him.

In studying the Bible over the years, I learned:
• it’s His great desire that I belong to Him.
• He’s in the business of calling the people of His creation into His eternal family.
• that as much as I want to belong to Him, He wants me even more.
• that in Jesus Christ He provided everything I need – the perfect way of Belonging.

Being a part of God’s eternal family has replaced my aloneness with an incredible sense of Belonging and revival hope. So I am at peace… I’ve been made whole and I’m not afraid anymore! I am filled with joy! It’s because I have a Home and because I belong to the eternal God of all Creation. Nothing can take that away from me, after all, my Daddy, my Abba Father, loves me!

Now I have this opportunity to study and learn more about our great God at Christian Leaders Institute. I am happy to continue to grow in Him and follow where He leads me in revival hope!