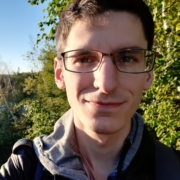 Hello! My name is Joshua Cayer. I’m currently working as an electrical apprentice in Manitoba, Canada, where I also live. I’ve spent the last few years working on getting myself into this career field, but it wasn’t but a moment after graduating from trades college that I felt the urgent pull towards ministry and service. That’s when I found the Christian Leaders Institute for proper Biblical training (Learn more about online Bible courses, Click Here).

I was born the eldest and only son in a family of five. All of us children were born right in the midst of the last great Christian revival here in Canada in the decade just before the new millennium. At the time, we lived in a small farming community where it would’ve been more uncommon to admit you don’t go to church than to say you did. So there’s not much to say about my Salvation story. My parents asked three of us kids if we wanted to ask Jesus into our hearts, and that was that.

My experience growing up in the church was quite nice until my later elementary school years, when my parents began acting abusively towards us children. They maintained a totalitarian environment restricting and sometimes punishing any attempt towards freedom of beliefs. Church attendance, Bible readings, daily prayer, and devotions were mandatory.

It created a paradox of a sort in that we were constantly exposed to the Bible’s teachings and yet made to ignore them later at home to allow my parents to justify our mistreatment. At this time, I did two things: Join ministry (As it was much more interesting to keep myself busy on Sunday working than to sit with my parents and listen to the service) and seek escape from my home environment through worldly matters. I had a lot of success in the church, growing into several leadership positions within various ministries, although it was never for God that I was doing this. The contrary nature of my continued involvement in the church while seeking sanctuary in worldly venues reflected the same path my parents chose for themselves.

When I reached adulthood, I finally left my parents’ church and sought out one for myself. I attended this other church for several years until I felt I couldn’t go anymore due to the appearance of some health issues back in 2013 lasting until 2017. I continued learning and reading my Bible occasionally and praying constantly. But, I wouldn’t be a regularly attending member of a church. Currently, I found a couple of choices of churches to call home. However, I am waiting for Covid restrictions to end and allow for their re-opening.

My story is simply one of struggle. There’s nothing spectacular about my story other than my apparent stubbornness and resistance towards doing the right thing. I have lived many lives over the years. Using sin as an escape from my parents’ continued abuse and the trauma that arose from that, I had an illness that had me tapping on Death’s Door a couple of times over those years. There was always the feeling of emptiness and lack of direction and purpose that let me jump from one thing to another as if blown around by the wind. I made a lot of poor choices during this time that I am ashamed of.

Eventually, I got tired of living with the consequences of my sins and poor choices. I decided to reform myself in a series of renewals of self. First removing unhealthy choices and then going after the sins. I got as far as I could on my own, but I kept finding myself entering back into old habits. Finally, one day, I had enough of it all. I realized that if I wanted to let go of this garbage for good, I needed to give it up to God. When I said those words, “God, I am Yours.” Everything changed.

A driving fire fuelled my personal revival. This light consumed my entire being. First, I let go of old sinful ways. Next, I let go of the hurt from my past and the resentment I harbored because of it. Then, I started making new, better choices that put God’s will first, even if it meant sacrificing some of my greatest personal desires. And in all this, I found my calling.

I have made so many wrong decisions and lived with the consequences of all of them. If I could, I would gladly save others the pain of going through the same things. If I could save someone even a bit of grief, I would share all of my life experiences and the lessons I’ve learned over the years to show them the risk.

So, my calling isn’t a big, fancy, or precise plan to start a church or join a new ministry. Instead, my calling is to love and serve others. Through those interactions, I will reflect on the love and grace I have known through God. I want to become nothing more than a beacon of God’s love. A lighthouse shining out into the darkness to call all the lost home. I especially want to reach those that feel they aren’t pure enough or are too broken to step inside a church.

I can do all things through Christ who strengthens me. God will provide me what I need to do what He asks of me. However, if I had proper Biblical training and a greater understanding of God’s Word, I knew I could be more effective in outreach to others. I could have a greater impact on those I speak with.

The proper Biblical training programs of the Christian Leaders Institute allow me to develop my knowledge in Biblical theology and doctrines. They also teach me new skills for ministering in my community. Doing the study at my own speed allows me to continue working and maintaining my responsibilities and commitments. CLI being donation-based allows me to receive training without struggling with cumbersome debt. One seminary I looked at years ago offered a pastor’s program for $90,000 a year. I don’t make a third of that a year working full-time. CLI’s delayed tuition and certification fees allow me to save a very reasonable sum while focusing first on my studies.