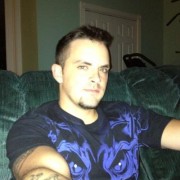 Greetings my brothers, sisters, and fellow soldiers! I was born and currently reside in the United States of America. Being an American has a lot of upsides, however, it also has a lot of downsides. Growing up in America (I was born in 1990), life seemed somewhat simpler to be a Christian. The Ten Commandments were in school, various religions weren’t rampant in my community and prayer at community events was accepted by almost everyone. Of course, life as a child is in a lot of ways easier than that of an adult. Nonetheless, a Christian life was more comfortable to live and grow in. Over the past few years that has changed tremendously, not only in my community but the entire country! Don’t get me wrong, leading a sincere Christian life is never “easy”.  There are organizations that file lawsuits against prayer at school graduations, and a giant part of our country has forgotten about God. Christians are generally hated (this is expected, since the Bible says “Marvel not if the world hate ye”). Our once thankful and hospitable country has become proud, arrogant, and self-loving. Many people are only concerned about me, myself, and I. In these days, our country is being divided tremendously with race wars and individuals failing to realize that all men and women are created equal and in the image of God. It has become hard to minister in our country. The general population sees us as judgmental holy rollers. They don’t see that we desire to share the good news of Jesus Christ and shower them with love, not hate and judgment. Nonetheless, it is not impossible, for all things are possible through CHRIST who strengthens me.

My walk with God has been comparable to that of a roller coaster. I gave my life to Christ when I was 12 years old. What a wonderful day that was! I was blessed with being raised in a Christian family. Through my life, until I graduated high school, I was somewhat close to God. Once I graduated high school, I entered into a dark stage of my life. I began using drugs, drinking alcohol, and having sex outside of marriage. I lost complete focus of God. I ended up joining the US Army when I was 19. Through my military career, I seemed to get further away. I drank uncontrollably and had a foul mouth. I was focused on pride, drinking, clubbing, and women, rather than humility, the Bible, church, and God. One night, while returning home from the club, I was severely assaulted in my barracks parking lot on the army base where I lived. I had a fractured skull, bruised and bleeding brain, kidney and stomach damage, and a severely lacerated lip. When I was found in the parking lot, I was unconscious, bleeding from my ears, mouth, and nose, and was barely breathing. The Emergency Medical Team that responded to me told the person who found me that if they had waited ten minutes longer, I would’ve been dead. On the way to the Emergency Room, I had to have respiratory resuscitation three times. It was only by the grace of God that I survived. Three years later, here I am, healthy overall, with slight memory loss, PTSD, and occasional headaches. I simply see them as reminders of what I never want to go back to being. I thank God that he humbled me and granted me the grace to continue living. He opened my eyes to the fact that my life was for him and not for me.

Over the past year, I had struggles maintaining my focus on God, but I’ve since been grounded on the rock Jesus Christ. I’ve completely given my life and control of it to God. I began seeking God diligently and sharing what I’ve learned and read with others. I started to notice that I had a want, a burning desire to serve God. I’ve since had multiple people tell me I need to be a preacher. I didn’t pay any attention to it until a few months ago. I realized that my desire to serve and lead in God’s army became stronger and stronger. I would read, and verses about leading and being entrusted with his Word grabbed me more and more. I had a talk with my local pastor and explained what I was experiencing and showed him the verses that were sticking out to me. He told me to pray for confirmation from God, to begin studying more and more and to take things slow. He confirmed that I was being called to preach!

So here I am suited up with the Armor of God and seeking to be equipped to wage this spiritual warfare. By receiving a diploma from CLI, I will be trained more and more in the tactics (knowledge) and strategies (understanding) to win these battles.  I want to submit my entire being to Christ for use as a vessel. I want to love people more. I want to lead lost souls and wanderers to Christ. To help RISE UP this world. To recruit and suit people to the greatest army ever known: The Army of God! If there’s anything I could ask prayers for, it would be that God’s will would be done in my life. That He would use me as he sees fit, to reach people that He puts into my life. I pray for true wisdom that only comes from God and strength to fight the good fight. I pray for a bigger capacity for love, and an even stronger desire to serve and worship the ONE and ONLY TRUE GOD!.

Accepting the Calling
Scroll to top