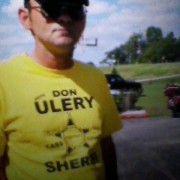 A Pastorate Diploma Can Be Achieved On The Internet For Free

With our free online classes at CLI, you can receive your Pastorate Diploma in Ministry! Our classes cover high quality material that you find in today’s seminaries. Get well rounded in biblical Scripture by leaders who put together these courses based off of the materials they learned with their seminary training. Truly giving all students the opportunity to receive seminary training without the worries of how financially and relocating to a formal school. So in turn, all can acquire training if they have been called by God. The passion is called Pastor, enroll with CLI to receive your Pastorate Diploma. Or just work your way through our different choices of certificates and diplomas!

Terry Wayne Ulery:          I live in the United States in the State of Indiana. My wife and I have six children; three boys and three girls. We live in the country by a small town called Walton and have been married 27 years. Sometimes I think it is hard because a lot of American Christians and non-Christians only want Christ on their time, not Gods. But I love ministry, because in it, I can often see and feel the real power of God. I really came to know Christ in 2000 from the example of a young Salvation Army officer. It was actually by accident though! I started going to church to spend time with my two young girls. See, I was a workaholic and four children were gone before I knew it. But I always knew as a very young child there was something far better.

My ministry dream is to let Christ have complete control in my life. And to see Christs’ body surpass all religious doctrine for God’s glory. I identify with the word pastor because it was when I first started preaching in the Salvation Army when my relationship with Christ was young. They were going to close church one Sunday; because they had to be away and had no one to preach so I offered. I told them preaching was not hard. You take something from your life you want to change and apply God to it. It has really fanned the flame in me. In the United States, I would have to say that technology is the biggest challenge because people do not really talk anymore. Everyone wants to text. That’s okay; but it is not very personal. It is not real person to person. The expression on my face is personal. I first preached in the Salvation Army and have many times since. As for my family they have seen a lot of changes in me since I came to Christ.

The reason I want a pastorate diploma from CLI is because I want to get deeper into God’s Word. I need this for myself most of all, for self encouragement, and human awareness. I need your prays to keep strong in Christ.

How To Receive Your Pastorate Diploma

To receive your pastorate diploma in ministry, click here, to begin taking our courses immediately! Our classes are free and online to enable all those called, who have a desire to preach the gospel. Let a pastorate diploma only be the beginning! Also, check out our Facebook page where more stories like Terry’s can be read!