Ministry training is for anyone who wants to join in the work of bringing the world back to God in revival. In some countries it it dangerous to do so. One of our students is found in the county of Pakistan. In that country it is forbidden that one would declare publicly that one has faith in Jesus. It is considered blasphemy against the Prophet Mohammed. 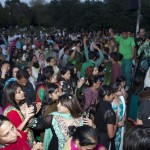 Many of those who are discovered to be Christians find themselves facing harsh fines, imprisonment, or even murder.

Here in the United States, one man I know personally told me that if he were living in Pakistan – his home nation – he would have a life expectancy of only a few days if he were discovered to have abandoned his Islamic faith and to have become a Christian. Yet in spite of this danger, one of our students (I’ll call him Paul to protect his identity) is being trained to bring the good news of Jesus to the people of his land.

In Pakistan, over 96% of the population are followers of the Islamic faith, but Paul is a man of faith in Jesus. As he himself says, “We were six brothers and a sister. Four of my brothers have passed away. I am the youngest brother. We were a nominal Christian family. We used to go to church every Christmas and Easter day only. I have never been wanting even like to be a Pastor.” He goes on to say, “I had a sickness of pain in my chest. One day it was so severe that I could not deal with the pain at all.  I do not know why, but I was crying to Lord Jesus, ‘Please heal me of this pain because since I am not a Muslim, I cannot go to a Doctor to consult about my sickness.’ Thank God, he replied to me with his voice, ‘Paul you are very far from me. You need to come to me.’  I surrendered myself to Jesus Christ; I confessed my sins. Praise the Lord He healed me of my pain! I do not have any sickness in my body since then.”.

Paul’s family heritage is that his grandfather was a since follower of the Sikh faith. He intended for his children to follow in the same faith, but Paul’s father had heard of Jesus and decided to follow the Christian faith. He was a leader in his fellowship all the rest of his life. But Paul had hesitated to follow Jesus until his experience of the call of God came to him in his pain. Now he is in training to be a Christian Leader among his people in Pakistan. This Pakistan Online Bible School option at CLI is so needed!

Now , at age 53, Paul is in training so that, as he puts it, “God is using me for his glory for the deliverance of captives of a demon, the healing of sickness, and the preaching of the Lord’s Good News. I want reach to unreached peoples. In Pakistan, there are many areas where people live in poverty and are in destitute condition. They are waiting for men of God to be raised up, so that the lost can be evangelized and be discipled.”

Paul knows that God has a great harvest in Pakistan waiting for the message of Jesus Messiah. He wants to be used by God to bring in that harvest. Knowing that, we pray for the Lord of the Harvest to raise up even more Christian Leaders so that they can be the sowers of the seed of the kingdom of God. The Word cannot be contained when a man like Paul gets his training and continues to spread the word. It is like the parable of the yeast that Jesus told in Matthew 13. There Jesus says, “The kingdom of heaven is like leaven that a woman took and hid in three measures of flour, till it was all leavened.” We are eager to see people like Paul, called by God to be a leader among His people, bringing the good news little by little, until the whole world is filled with the knowledge of God.

Paul is receiving this training even though no Bible school would be allowed to operate in Pakistan. By means of the internet, CLI can provide Paul with the training he needs to faithfully proclaim the Word of God.  We pray for protection to surround Paul and his family. We pray for support so that faithful servants like Paul are able to get the training they need without having to leave their homelands. We pray for courage for Paul in the difficult struggle that he faces as he tends to the flock that is in his care.