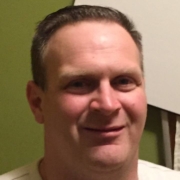 “Howdy, Y’all!” My name is Champ Claussen and I have a new life ministry call on my life from God. I live in the United States of America. God is great. God is greater than great. God is the greatest. I did not always believe that. I did not always believe in Him. I believed in what was a reality throughout my life. That reality was brokenness, confusion, hurt, anger, turmoil, anxiety, poverty, separation, divorce, abuse and a whole list of negative experiences and emotions that a person could experience. I was no different until God found me and I began a relationship with Him.

It really is quite the story now that I look at it. I had once thought that I worshiped God. What I really worshiped was my “knowledge” about God. I went to church. I even attended the camps. Every VBS, church service, Wednesday night youth group, rallies, and prayer vigils, I was there. I knew the lingo, I could look good and I knew what the Bible said about God. The issue is that knowledge about God is not a relationship with Him. After a period of time of hurting through words and actions at home, I rejected God. I walked away. That’s actually putting it lightly…I joined a cult.

I was questioning my identity, reality, and life for many years before I received my new life ministry call. I was homeless, lived in poverty, broken, hurt, and suffered greatly through those years. I continually struggled with the identity of God. I began to ask several questions regarding the Church of Jesus Christ of Latter-Day-Saints. Those questions, though logical, sincere and respectful got me chastened by some of the local leadership. Eventually, I left the LDS church and rejected God completely. I was respectful to those that believed in God but I could not accept the concept of a loving God when people that claim to follow Him were so cruel and unloving. I could not see the existence and work of God in my family life. I could not get to God in my studies and my good works. I could not believe in God because not only could He not be visible to me but His power could not be visible in the lives of those close to me that claimed to follow Him.

I got married, relocated to Kentucky and had a child. I decided to attend a Christian rock concert with an artist that I had listened to in my youth. I enjoyed his music and we decided to attend. It was there that I heard that God loved me and that what I was going through was not a coincidence but part of a designed plan. At first, I was offended. How in the world could a loving God design all the pain, anxiety, brokenness, separation, bullying and even the suicide attempts that I had made and use it for good? Then the artist said something that struck my soul. He said that I did not have to be defined by my past but could be defined by God who created and loved me. That means that I had a choice. I could be the product of circumstances and a painful past, or I could choose to walk in God’s love. I chose the latter and that changed me into my new life ministry call.

I vigorously studied the Bible, not to know about God but to draw near to Him. I did not wish to know about Him, I wanted to know Him. I wanted to know everything I could about my Abba Daddy. God even had a church pastor take notice and after a few years I was the Bible Fellowship Coordinator for the church and even preached and taught when the Pastor was away. I was truly blessed by God on my new life ministry call.

I wish I could state that after that it was easy but I cannot. I was married for thirteen years before my family was again torn apart by divorce. The family that included four children was torn apart. I became homeless. I discovered various complications that exist in the culture of poverty and homelessness that I really did not comprehend in my earlier experiences. I also discovered how much God loved me. I discovered that God WILL NOT abandon His children. He held me in the palm of His hand. It was when I was homeless that I understood that Jesus could relate to me and my circumstance and He loved me.

After a few years, God lifted me out of the homeless environment but not without changing me. God implanted in my life my new life ministry call with a desire to love and reach the lost, hurt, strained, stressed and broken. I had been asked to preach at a few churches and it was then that various leaders noted that I had a heart, a passion, a gift. I was remarried in 2018. God has brought my kids and me closer. The Lord has given me a passion and a purpose to reach the lost and a desire to plant a church in the small town in which I live. He has allowed me to take food and clothing to the homeless and help single mothers in various areas throughout the United States where He has shown the need. God has given me the dream to pastor those whom God loves so that they too can know the greatness of God and the love He has for them. He has even allowed me to become a professional wrestler so that I can bring the light into that arena. God has done more than I dared to dream and, yet, it is a reality!

At this time, I am learning from Christian Leaders Institute. There have been challenges. There have been great lessons. I enjoyed the ideas on devotions for the family that were presented. Coming from a broken family and experiencing much brokenness in my life and all around me, it’s necessary to continue learning and obtaining tools so that I can be used by God to help build what Satan has attempted to destroy. I do it with the knowledge that God is real and God is great. He is greater than the past. He is greater than the experience. He is the experience! He is the greatest!
“As for me, may I never boast about anything except the cross of our Lord Jesus Christ. Because of that cross, my interest in this world has been crucified, and the world’s interest in me has also died.” Galatians 6:14; NLT (copyright 1996, 2004 by Tyndale Charitable Trust)