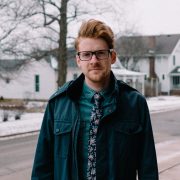 Hi, my name is Luke Standridge. God has been knocking on my heart, calling me to missions for as long as I can remember. Because of the fear I had of missions, I totally swept this missions training call under the rug. Three years ago, I had the chance to start learning Japanese. Through this, I was able to meet so many wonderful Japanese people in my community as well as in Japan through online language exchange. I was always struck by their kindness, hospitality, and generosity to me.

All of these new interactions and friendships made me want to look more deeply into Japan and Japanese culture. What I found absolutely broke my heart. I learned that less than one half of one percent of the 127 million people in Japan are Christian. I learned that Japan’s suicide rate is among the highest of any developed nation and is the leading cause of death for young men, every hour 3 people will take their own life. There are a deep hopelessness and depression among these people.

During the four months, I spent in Japan over two different trips, I began to put so many names and faces to these statistics. I became friends with people who contemplated suicide and who struggle daily with hopelessness. But at the same time, I also saw friends who had told me they would never become a Christian start to read the Bible, attend church and pray on their own. On my last day of teaching English at a Christian kindergarten, one of the kids gave me their favorite toy asking me to never forget them.

Leaving these people in Japan was one of the most painful things I’ve ever done. There is so much work to be done, so many dying every day without knowing about the love and hope of Jesus. That gentle knock from God calling me to missions has been steadily growing in intensity and frequency. God had led me on this path even when I chose to ignore it. He has been preparing me and honing my gifts in music, art, and photography. He has given me a purpose, a passion and deep joy for this work. He has led me to Christian Leaders Institute to prepare me for the ministry work he has for me. I will go back to Japan to share the hope of Christ, let them know they have a Father who loves them deeply and is calling them by name as His children and that they are never alone.