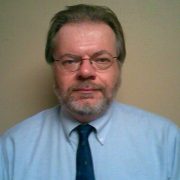 More and more Christians need Ministry Chaplain Training for their callings. A local chaplain minister may help local police departments or fire departments. These chaplains make a big difference! Michael Wulczyn serves at his local Catholic church but also seeks to serve the community in an ordination that will be recognized in his community. CLI offers this kind of dual ordination. He can remain in his Catholic church but ordained in our alliance for becoming a local chaplain minister.  CLI is soon launching a Ministry Chaplain Training certificate and ordination.

Here is his story:

My name is Michael Wulczyn and am fortunate to be married to a special and wonderful woman, Rose Wulczyn, for over twenty-five years. We have two children, Lorie and Matthew, and two grandchildren, Randy and Samantha. We all live in San Antonio, TX

Originally from Chicago, I grew up the product of Catholic school. I became an altar boy at St. Eugene’s Catholic Church and served for a good number of years. My family moved to San Antonio when I was thirteen. I completed High School and joined the US Navy. Injured in the Persian Gulf I was medically discharged and returned to Texas where I met Rose. We fell in love and set out on a truly challenging journey together.

My relationship with God has always been what I would consider strong — when it was in effect. As with a good deal of relationships, there are always ups and downs; tests that truly push the envelope in order to reveal the essence and character of those involved. When my relationship with God swung to the low points, my faith was challenged and doubt entered my heart. I’ve always been able to overcome that doubt and swing back on course. When my relationship swung to the high point, it was unshakeable and renewed. Both the lowest and highest point occurred on 09/12/2012.

While riding my motorcycle to work I was struck by a pickup truck and crashed into another car on the Interstate. Both vehicles took off leaving me with twelve broken ribs, a broken collarbone, a fractured scapula, and a huge gash in my head. The ER doctors worked on me for nine hours before admitting me into the Intensive Care Unit (ICU). Two physicians told me straight out they didn’t know how I survived — I should have died on that road.

As I lay in that hospital I faced a long and painful recovery. I had the chance to think about a good number of things. The one that I kept coming back to was why did I survive such a terrible accident?

After being transferred from ICU to a hospital bed a Chaplain dropped by and we discussed the accident. I voiced my question to him to which he replied, “God isn’t finished with you yet. He has plans for you which must still be fulfilled.” That started me thinking even more. What could God possibly want of me?

Lying in that hospital room I did something I rarely do. I gave up on seeking an answer to a problem. I stopped trying to surmise God’s plan for me. Instead, I succumbed to His will and placed myself unquestioningly into God’s hands. Within a week after that, I was discharged so as to continue the healing process at home. I knew then that this was the Lord calling me into service.

There have been numerous tests since I lost my job. Found a new one and lost that after the company folded. God has managed to always deliver with one form of aid or another at times when all appeared to be approaching upon the worst. I no longer worry too much. God is steering my life and I have new hope and faith.

There isn’t much opportunity for Catholics to serve God in the traditional sense if one is married.
As I search my heart I find that I take note of more and more opportunities for a chaplaincy — with the local police department as well as with several hospitals. As circumstances have it, all these positions require formal training and ordination. Perhaps it is not so much a coincidence that I have come across CLI and this wonderful opportunity for training!

My current situation has forced my budget to be severely restricted to absolutely necessary items. Then one day I came across the Christian Leader Institute’s (CLI’s)site. The more I studied and researched the more intrigued I became convinced. Surely God had removed the sole obstacle preventing me from fulfilling His plan!

It is my sincere hope to make use of the scholarship offered by CLI, complete my studies, and find a position as a chaplain. I can’t say I know it for a fact, but I know in my heart that this is where I need to be. Only time will tell if this truly is the plan God has in store. Until that revelation, I move forward one little step at a time, steadfast and determined, knowing that as I struggle and move ahead towards a certain goal, God walks beside me should I stumble.

From Called to Chosen
Scroll to top