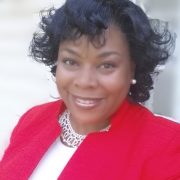 I am an African-American born and raised in the United States.I gave my life to the Lord in October 1999, and I was Baptized November 1999. I had an almost fatal car accident in 2002. I fractured C-1 vertebrae in my neck, had a punctured lung from a broken rib, and other broken bones. God healed me. Also, I was an injured, ill combat veteran, who was medically evacuated back to the United States. This is where I went through the Wounded Warrior Program at Fort Gordon for two years. I was then medically discharged at 100% disabled in April 2013. After all this, I still was actively participating in my church choir, even though it was harder for me now. I knew God had more for me. After spending time with God and asking Him for what is it that He would have me do; I had a dream. In the dream, He told me to Preach His Word. So when I woke, I was a bit puzzled. How can I preach His Word and I have aches and pains, insomnia, traumatic brain injury, a cognitive disorder, anxiety, depression, chronic migraines, memory problems, and taking all this medication that keeps me sleeping half the day. And the Holy Spirit said, “but you remember My Word, even if you don’t remember world stuff.” He also later told me, ” If I called you, I’m going to equip you.” What’ll you know, the Holy Spirit brought the scripture back to my remembrance. So long story short, ” I became a licensed minister at my local church on November 13, 2016. By His stripes, I am healed. I know there is so much more that God has for me to do for The Kingdom. Thank you, Jesus!!!!!!!