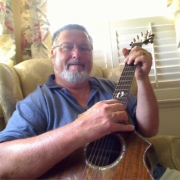 Hello fellow CLI students! I am Jim Fleurent from the United States. I am a Christian that has received the ministry calling gift of time!

My coming to the Lord started in 2011. The two years prior to that were challenging due to my body wearing out with bad hips and knees, but the biggest challenge was to come. I was brought up Catholic but strayed away in my teens. Believing more in science than God, I referred to faith as a myth. I have been blessed with a wonderful family with life’s usual issues. Then, I was struck with MCL, mantle cell lymphoma, a bone and blood cancer which was diagnosed as stage 4 with three to six months to live. We were blessed with good insurance and great doctors who got me into the City of Hope, a national cancer center. My belief in science was not able to save me, but our great God, who gives the science knowledge to us, was!

I endured a regimen of four chemo sessions a day for a week then resting for two weeks then repeating the schedule until six months later I received a stem cell transplant. Now in 2018, I am alive and glorifying Jesus.

Here is how God revealed faith to me: Seven days before my stem cell transplant, I awoke at about four in the morning with a terrifying dream, little did I know it was an epiphany. I was on the edge of a vortex, dark and spinning downward, and as I peered in, it dragged me to the bottom. It was ice cold and dark and I could not see, but I could feel souls there, empty and agonized, full of hate, despair, and pain. I screamed out and no one heard me there. In the hospital room, my wife, who spent every day with me in the hospital (sleeping in a chair) heard me and held me. As I awoke I cried. This dream continued for six nights with the same vision, me waking terrified, and my wife Lori consoling me. Then on the morning of my stem cell transplant, the seventh day, at four in the morning, I dreamed again. But this time it was a white vortex spiraling upwards and as I peered in it drew me up to a warm, blinding white place. I could feel it was full of love, hope, beauty, and peace. The first thing that came to me was to call out for my mother and then a friend of my wife who had recently passed away. They could not hear me because I was not to be among them at this time. I sat up as my wife was stirring, and I saw, as clearly as I could see her, Jesus at the foot of my bed in robes and, oddly enough, short hair, and I knew he was God. He spoke two words, “You’re alright.” My wife came to me, and I told her of this vision. She held me and I prayed. At nine that morning, the doctors came in my negative pressure room and injected my Hickman valve with two million stem cells.

I have received a ministry calling gift of time and now training at CLI. I have gotten better and my cancer is in remission. I was baptized at Harvest Church in California. I found Christian Leaders Institute online and I am working on my degree. Life is good, and I try each day to be the best for Christ that I can be. Thank you, CLI, Henry, and all your staff for leading me to help others in Christ. There is much more to this story and much more of it to come, God willing.