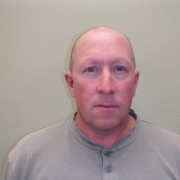 My name is Kenneth Palmer and I have a beautiful wife and 2 boy’s, ages 9 and 17. We live in the Four Corners region in New Mexico, U.S. We have moved several times due to my job as a pipe welder and welding inspector. We attend Cross Roads Community Church of the Nazarene regularly.

I was 9 when I accepted Jesus as my Lord and Savior and Baptized when I was 12, but due to certain events which had transpired I grew angry with my family and with God, I thought my circumstances would change but they did not. I ran from from God, and rebelled against Him for a very long time.

I was 29 when I met my wife who was a Christian. We were married 7 months later. I took a job in Alaska as welder and we started attending Church on a regular basis. I rededicated my life there at the Kenai First Baptist Church, April of 1998. After a couple of stints in Alaska we settled in Carlsbad, NM. There we attended Otis Baptist Church and I was ordained as a Deacon, and it was there when I first heard Gods call. I continued to serve, and was even asked to fill in and preach a few times. I was very nervous, and scared, just standing behind the pulpit proclaiming God’s Word was very humbling to say the least.

I am not sure if God has called me to a certain specific ministry, but I do know God has called me to teach, to evangelize, to share His Son, and His love with the lost and to encourage His people. Though on my own I am not much, my dream is to be all things for His glory.

We have since moved from Carlsbad and relocated to Aztec, NM. Since the move we have had a real hard time finding a Church home, but we finally found a Church were the Word of God is proclaimed and where the members are encouraged to participate, and to get involved in the ministry. Though we are still new to our church I have spoken with my Pastor and he is very supportive as is my family to pursue ministry.

I attended Liberty University online for a year as a full time student, but I soon realized that I would not be able to afford a second year. I was looking online to find another school that I could afford when I came across CLI. It was blessing! I must admit that I was a little apprehensive at first, but after much praying and consideration I know that God has led me here. I ask that you would pray for me that God would bless me in my studies and that He would open doors and use me to minister to those who are lost and in need, and to take away the fear that I am not worthy enough to be used by Him and the fear of rejection.

Thank You and God Bless!