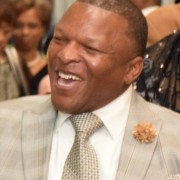 My name is Jerry Stringfield, a husband to a beautiful wife (Tracey) with four children and two grand daughters and two on the way. We live in the sub-area of Henrico County, Va I work from home as an adult caregiver where I take care of disabled veterans in my home. I was born in Suffolk Va, lived in Wakefield, Va until my adult years where I moved to Richmond, Va meet and married my lovely wife, Tracey. We’ve been together for 20 years but been married six of those years. I was born and raised as a Baptist but strayed away from my religion once I got older…started to doing my own thing finding my way…which I thought I was. Not only did I get involved in alcohol and drugs, but I also allowed them to cause me to get two DUI’s which put me in jail for about a year. I then started to asking myself what have I gotten myself into. See, at that same time, I had just gotten married, was about to move into my house. But the day I was to move in, four days before, I got locked up. It was then where I saw my life flash right before my eyes. That’s when I found out that I needed to give my life to Christ…started a church ministry in jail with a minister I met inside there that helped me get to know the calling God had upon my life. I began reading the Bible, studying and start having regular meeting with the other inmates, some even getting saved by what they experience and saw happening to me by the grace of God. In less that a year, I was released, found myself a church..my wife and me, got involved in the church, started working as an Usher until I became a deacon in the church. From then on, I found myself ministering at different events, Men’s Day Celebrations and Usher Anniversaries. I believe since the turn a round that has been placed on my life; I now see the calling on my life. That’s why I wanted to enroll myself into CLI…to get the leadership training needed to become more knowledgeable of God and His Word so that I can further myself in becoming an ordained minister. It’s is now when my wife and I go places, people come and ask me If I’m a minister. I’ve been ministering still at other churches, but I feel the need to be ordained…to me, it looks more appropriate for me to be out ministering with the proper credentials.

Who Is Leticia Dominguez

The goodness of God
Scroll to top