Jesus is crucified on a Roman cross on Passover Friday night. Early Sunday morning, Jesus rises from the dead. Sin and death are defeated. Christianity is launched. Jesus Christ leads his followers into a new life and to proclaim the gospel everywhere and to everyone. Hope is born!

Hundreds of millions of men, women and children lived and died in that hope. Hope has been spread throughout the globe. Each Christian leader who has ever lived feels the urgency to share this hope.

Henry Reyenga felt the urgency to share the hope too. As a younger minister, he formed a mentorship relation with Rich DeVos Sr. of Amway in 1993. DeVos was sixty-eight at the time. DeVos mentored him to encourage bi-vocational non-clergy and clergy local leaders to spread the Gospel. The principle of reproducible leadership and encouragement was a pillar in the forming of Christian Leaders Institute.

Shortly after starting Christian Leaders, Henry studied the use of the Internet as a tool for reproducing Christian leaders. Finally, his study of cutting-edge Internet technologies brought him to start offering Internet classes in 2006 and Christian Leaders Institute (CLI) offered free online ministry training classes.

Lorene Franklin and the president’s older children, Henry John, Brianna, and Christina were instrumental in the launching of CLI. Henry John in particular, discovered the moodle tool that became our technological school interface, even to this day. Henry John also served as the first dean of the school while attending Calvin Seminary.

Jerry Lorenz came over from the University of Chicago in 2007 as our IT developer. He has been instrumental in developing the moodle interface into a robust tool for tracking grades and course work.

In 2008, Dr. David Feddes, previously of the Back to God ministry, became the provost. Dr. Feddes and his wife Wendy, ministering at Family of Faith Church in Monee, IL, are called to bring high-quality ministry training everywhere.

Christian Leaders Institute brought advanced training to called leaders in the United States and Canada. Starting in 2010, CLI spread to the entire English-speaking world. Christian Leaders started developing Mentor Centers of local groups which encourage and support each other in their ministry training. In effect, these mentor centers function in many parts of the world as micro-seminaries or Bible Schools.

The headquarters was moved to the Spring Lake, Michigan area. About 10,000 new students signed up for ministry training.

January 1st, 2015 brought an entirely new face to CLI with the launch of the Degree Program, in which students can earn their Associate and/or Bachelor of Divinity. Also, the translation of the Christian Basics course into Spanish and French began, along with increased staff and budget.

The French Program was launched.

The Chinese program was begun as well.

The Spanish Program for CLI was officially launched: https://es.christianleadersinstitute.org/

The Vision Partners program was introduced and students and graduates have been stepping up to invest in this generosity-driven training. Over $429,000 of the $1,200,000 budget was contributed through this vision partners program. This program was begun by Abigail Reyenga.

Christian Leaders Institute had enrolled over 175,000 students since the beginning in 2006.

Christian Leaders Institute also continued to translate its curriculum into Mandarin Chinese. This program is headed by John Chen.

Student graduate, Roy Lucas, was appointed to our Board of Directors. He is notable because he is the first student who now serves on the board of directors.

The Russian program was launched on January 1, 2018, under the direction of Dmytro Glazunov.

The Business Program was launched January 1, 2018, under the direction of Graduate Michael Greene. 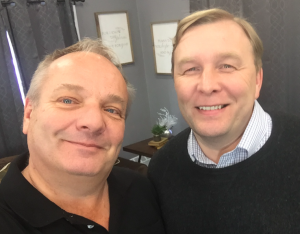 The Philosophy program was launched January 1, 2018, with our core professor, Dr. Roy Clouser, who recorded two classes in the summer of 2018.

The Restorative Justice Program was launched on May 22, 2018, at Christian Leaders Institute’s Annual Spring Luncheon.

Spanish Language program hits over 28,000 students enrolled with over 15 courses of study released and ordinations.

Christian Leaders College is launched. An application for the United Stated Department of Education accreditation was accepted by the Association of Biblical Higher Education Commission in November 2019.

Christian Leaders Institute passed the 250,000 student enrollment milestone. That means over 250,000 people in 179 countries have signed up for ministry training. Praise the Lord.