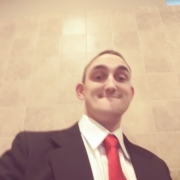 As a recent graduate of the Associate of Divinity degree program here at Christian Leaders Institute, Keith West says that while Father God could use anyone, “God chooses to use me”. Read his story to learn the many ways in which God has used him throughout the last few years.

In Need of Training

I started doing ministry about ten years ago, and got very serious about my faith. Although I did not know much about the Bible, I did know the basics. The Bible is God’s Word, and it says that Jesus died on the cross to pay for our sins. God used that message to bring over 50 people that first month to Christ, and brought others around me to begin an online ministry. Deep down, I knew I needed some kind of training. I knew I needed to be ordained to do weddings, but I didn’t know where to start. While my pastor told me to go to seminary, I just wasn’t financially able to. Thankfully, Christian Leaders Institute (CLI) solved that problem for me.

Seminary wasn’t on my bucket list in high school. College wasn’t on my bucket list either. I remember a dream I had that my co-worker was teaching me how to write a sermon and I wanted to know more, but in the dream he just left the room. That morning, I talked to my girlfriend about that dream. I wondered: “could God be calling me to go to seminary?”. My girlfriend at the time told me I was double-minded and not being led by the Spirit. I wanted to follow God, so I prayed and asked Him to show me if He wanted me to go to seminary. That very same hour, I came across CLI’s website. I asked my pastor about it, and he looked into it. He told me to be careful, because nothing was truly free. That was eight years ago. At that time, CLI did not even offer degrees.

God Chooses to Use Me

My favorite class was Mission and Revival. It encouraged me to see that God uses people from different denominations, countries and people groups to revive his people. The reason it encourages me is because sometimes I just look at who I am and wonder: “God why me?”. He could use anyone and yet, God chooses to use me. That class helped me to see that God doesn’t favor any one person, denomination or church. He uses the most unlikely people to do great things. For example, He took Saul who was killing Christians, transformed him, and used him to write most of the New Testament.

These classes were not easy. Reading, spelling and writing are all my weaknesses.  However, CLI helped me improve in these weaknesses. I am able to write think differently. When I am reading the bible, I naturally see key points and ask key questions about the passage. The hardest classes for me were the courses in Greek. It’s been so many years since I took Greek with CLI. I have been debating with myself if I should take Greek 1 and 2 again and then take Greek 3. I remember about four years ago, taking a history class with CLI. At the time, I was not interested in the material at all, but recently I have become very interested in history. These studies have awakened me to a lot of new interests. In high school, I was not interested in half the things I am interested in now.

This training was extremely helpful because of the ministries I have. Currently, I have two very successful ministries on Facebook. One is called “Single Christians” and the other is called “Day Of Psalm”. Single Christians was created about five years ago, but it never really took off. Then COVID-19 happened, and now it’s the best group for single Christians on Facebook. I don’t say that because I created it, but because that is what everyone who joins is saying. I’m reaching people from all over the world: new and old believers alike. The training I have received at CLI is the only reason I am able to communicate, lead and preach effectively to this group. I also appear more credible to the group members when they see that I have gone to seminary. This training has truly made me a better writer, leader and communicator.

In the past eight years, I have been a manager, a US Marine, and have been homeless. For the past eight years, God knew about all that was in front of me. He led me through tough seasons and great seasons alike. I believe those seasons will become stories in messages I will teach and preach to others from the bible. The training and skills that CLI has given me will allow me to effectively fulfill the mission God has placed on my life. My greatest goal in ministry is planting a church. I believe God made me for something big. He put me here on this earth for something huge. This ministry training is a stepping stone towards the great mission God created me for.

Study for Chaplain Credentials at CLI