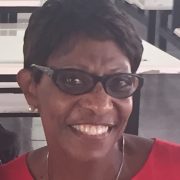 My name is Carolyn Middleton and I am receiving my future mission leader training at Christian Leaders Institute. I was born in the United States in Pittsburgh, Pennsylvania where I grew up in a Christian home. I attended Sunday School and church every Sunday. I was baptized at age 11 when I realized that accepting Jesus into my life meant that I would spend eternity in Heaven. I continued my walk with God throughout my college years. There were times when life and relationships impacted my walk with God. I wavered now and then, but by God’s grace, I never strayed far. I am grateful and thankful for grace, and that the Holy Spirit’s conviction followed me whenever I left the narrow path.

My home church was very small, but the members gave generously to foreign missions. From a very young age, we were encouraged to give to foreign missions through the Lott Carey Baptist Foreign Missions Convention—an organization named for the first black missionary to Africa. At Easter-time, we children were given “gleaners”. The dictionary definition of “glean” is to gather or collect anything little by little. These gleaners were cards with slots for dimes. Each day leading up to Easter, we would insert our dimes until the card was full, after which we would add it to the rest of the missions’ donations which would be sent to the convention and then on to accomplish the missions work.

I worked for 20 years in private industry, retired 2 years ago, and am now praying and waiting for God’s direction concerning my next occupation. I am active in my church as a Small Group Leader and a leaders’ coach. However, my calling is to foreign and domestic missions. This is a passion born out of exposure to missionaries, pastors, and laypersons with the same vision. The beginning of this desire was at my home church in Pittsburgh. I remember sitting beside my grandmother’s cousin (we called her Cousin Ruth) in church, and telling her that I wanted to be a foreign missionary. At the time, I was a pre-teen, and my dream was to be a full-time missionary in Africa. I believe this was a God-given desire. Attending the Lott Carey Foreign Missions convention every year, from the time I was seventeen until I got married, fueled my desire for missions’ work. However, the dream was deferred during my marriage and raising children.

As God would have it, our church, which had been planted only 6 years prior, began its missions program. In 2012, two years after the devastating earthquake in Haiti, I was privileged to go on my first missions trip to that country. I have gone on missions trips every year since. My job has prohibited me from going on additional trips throughout the year, but my desire is to expand both my role and my frequency concerning mission trips. Our main goal is to evangelize.

I have been a student of the Bible for many years. However, I hunger for more knowledge and depth of understanding of God and the scriptures so that I can more effectively and accurately communicate the gospel. I desire to make disciples of Jesus Christ, who will then make other disciples, and on and on and on—thus perpetuating the cycle of spiritual multiplication throughout areas in this country and around the world. This future mission leader training, as well as receiving small group leader education is what I will receive from Christian Leaders Institute.

CLI is an enormous gift to those in the body of Christ. I am extremely grateful and look forward with great anticipation to being used to build the kingdom using this future mission leader training along with my God-given gifts and talents.