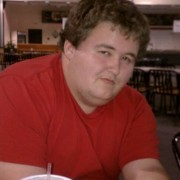 I moved from denomination to denomination seeking to understand their teachings. Eventually I got so caught up in one that I became so dogmatic that my relationship with Jesus Christ faded into a ritualistic and judgmental attitude (I had forgotten my first love). Due to this, I was looking at my works instead of God’s grace and I became so disappointed in myself when I would miss the mark in some area in my life and I allowed Satan to deceive me to the point that I could not understand God’s Word as I had. Everything had been mixed up. So I left the church and became “atheist or agnostic” terms that I use lightly because I believed in God and I knew Christ and had experienced the Power of the Holy Spirit but was just not focusing on that at the time. Psalm 14:1 was fulfilled in me where it says,

“He who says in his heart there is no god is a fool.”

My name is John Anthony West. I am the son of David Michael West and Rosa Marcella Price. I have two siblings, a brother named Jason and a sister named Angela (Angie for short). I was born in Marion on February 26, 1991 and graduated from Marion High School on May 28, 2009. I attended John A. Logan College from January of 2010 to March of 2011 where I completed some of my general education. I attended Paul Simon Chicago Job Corps in pursuit of computer service technology from September 3, 2013 through April 30, 2014. I came to Christ at age 7 and was baptized on Easter Sunday after having been taught the gospel by my mom and my paternal grandmother.

Growing up I had a very dysfunctional and unusual family environment. During my teenage years I struggled with smoking and drug and alcohol use, as well as pornography. In High School, I found a new church to call home at third baptist in Marion where I gave up my addictions to Christ and received the calling as a Pastor. I started making choices in my life that were crucial to my calling. During my spiritual growth, God laid the high priestly prayer of Jesus in John 17 on my heart and showed me that His family can sometimes be as dysfunctional and divided as an earthly one if His children take their eyes of off His Word.

After I completed Job Corps, God started reaching out to me. He started convicting me of what I was doing and reintroducing His grace to me. He started teaching me that having the knowledge of Jesus Christ is more than knowing a lot about Him, it’s knowing Him as a person in the form of an intimate relationship. And so, I started seeking this intimacy with Christ and He told me I needed fellowship with other believers, that Satan was isolating me to keep me from doing God’s will because I was a threat to his plans. So I started going to a little group that would meet at a house every Friday night and we would read the Word and pray and worship God, lifting each other up in songs and psalms as Scripture says. That group prayed that God would clear me of all confusion concerning His Word and bring me all clarity and understanding. So God has been calling me back to Himself and not only do I know His Word but I am in love with it and am letting it get into every part of my life.

So God has renewed my calling as a Pastor but also to break down denominational barriers and draw the body of Christ together so that Jesus might be glorified, and through that the world may see and be drawn to His Salvation. “By this they will know that you are my disciples, if you have love for one another” (John 13:35).

Lastly, a free online pastoral diploma with Christian Leaders Institute would help me greatly to accomplish my calling as a Pastor. I seek to study and show myself approved and strengthen my theological understanding and practical skills, but do not have the means to pay for a university. I believe this opportunity was drawn to my attention by God and is one of many steps to my growth and development in my faith. Keep me in your prayers as I seek God’s direction in every day life so that my place in His ministry will grow as He wills.

Ready to take your place in the field of ministry? Begin by enrolling with CLI

and immediately be able to take our Getting Started class!

Click here to be directed to our enrollment page!

And start working towards your free online pastoral diploma!

Revival Leadership Training- A Shepherd for the Light
Scroll to top