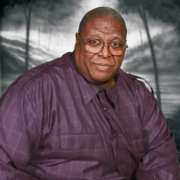 My name is Charles D. Butler and I am attending Christian Leaders Institute a free ministry training college online. I was born in Dallas, Texas, and then we moved to Pontiac, Michigan when I was the age of 7. I was brought up in a Christian home. I was introduced to God at a very early age. Having to become a man at an early age due to having a child at the age of 17, I drifted from the church into the street life. I was in and out of different churches for a long period of time. I was just going but not really worshiping God.

In 1994, God put this man in my life, Dr. Todd Evan a Former NFL Player, who was a Superintendent of a Charter School in Pontiac. He hired me as a Security Guard for the school and later I became the Office Manager there. I retired twenty-four years later.

Then, God also put Pastor Ezra Tillman in my life in 2008. My partner and I were not married yet during that time, and we had a bad break up. Pastor Tillman talked to her separately first. Then during a marriage retreat that she asked me to attend in February of 2010 and through counseling from Pastor Tillman, we were married on May 29, 2010. I did my trial sermon on October of 2010. So, through all of these experiences in my life, I know God will never turn his back on me or any of His children. He will let us make our choices, but He will never leave us or forsake us.

Now God has led me to the free ministry training college, Christian Leaders Institute. What a blessing! I am eager to see what God has in store for me in the future as I follow His leading in my life.