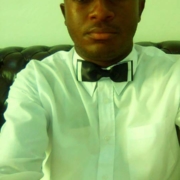 My name is Joseph Ikome Efungani from Cameroon and I am excited about the free educational study program at Christian Leaders Institute. I was born in 1986 in the southwest region of Cameroon to a polygamous home of ten children. My father got married to three wives because he was a traditional ruler of our area and our tradition allowed him to have many wives and children. During my primary school, we went to Presbyterian schools and grew up in the customs of our traditions and beliefs as a royal family. My father died in 2013 just after I had graduated from the University with a Bachelors in Educational Psychology. However, there was a problem as to which of the male children would inherit my father’s position as the traditional ruler of our area. This is the period when I meet with on Apostle prince who converted me to become a Christian. I then went with the good news to our house and my elder sister became a Christian too. Presently, she is a pastor with the Presbyterian church in Cameroon, while I decided to go with the Pentecostal church. So, the position of the traditional ruler was given to my cousin since my siblings had all accepted Christianity.

I decided to follow this free educational study program at Christian Leaders Institute. With the death of my father, it was difficult for me to raise any funds for education due to fact that the interest of a single child could not be overemphasized at the expense of the others. I have a burden from the Lord which is why I wanted to go into the ministry. My burden most especially is to preach the gospel of the kingdom and also to eradicate evil customs and traditions that are not in accordance with the gospel of Christ in Africa. I plan to do ministry in Cameroon most especially in the rural areas where these traditions are practiced.