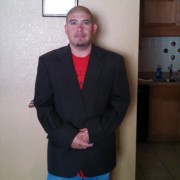 Evangelism Training To Go In The Streets To The Prisons

To spread the gospel doesn’t just stop inside the church building. Spreading the gospel isn’t just one of those things that is done on Sundays only. As a chosen child of God to carry to others the message of Salvation given to us by God and carried out through Jesus Christ, our mission of saving souls is a daily life changing career. We speak to others about Christ on the streets, in grocery stores, and on the phone. We find broken people everywhere. Wherever love can be shown, it is shown right there where brokenness is found.

With evangelism training, a future leader for Christ can experience a better understanding and knowledge of the Word of God. One can learn many tools needed for the battle field to grasp how to win souls outside the church. Read the incredible testimony of one CLI student as he has gone from the soul needing Christ to the soul winning souls for Christ.

Conquering Hard Territory During And After Evangelism Training

My name is Anthony Francia. I grew up in Albuquerque, New Mexico. Here is my testimony of how God rescued me and saved my life.

I was born in 1973. I grew up with christian parents. But when I was 15 years old I moved out on my own and rebelled. I started to drink alcohol and smoke cigarettes. My parents tried to talk to me and get me to come home, but I just went to places where I couldn’t be found. Before long, I started doing cocaine and selling it to support my habit. My drug use got worse and I started smoking cocaine (“crack cocaine”). I was in and out of jail. I must have been arrested 25 to 30 times in Albuquerque, New Mexico. My drinking and drug habits became so bad that I was homeless and on the streets eating out of trash cans. I was even going to peoples yards and eating their flowers and roses.

Well, some friends came into town from Denver, Colorado and I thought “maybe if I move to Colorado I could get away from all this mess and drug habit.” Well I found out that I couldn’t just run from my problems and that the people I went out there with were drug users themselves. I started dealing cocaine and living a life of worse crime. I was stealing vehicles, dealing guns, and picking up women. My life was getting way out of control. I lived in Colorado for about 3 and a half years. One night, I was riding around with this guy and we were looking for drugs and he went into this house and I stole his car. I was really drunk and high on drugs and I decided to drive back to Albuquerque, New Mexico to see my parents. I was about 24 years old at the time.

When I came back, I tried to live a normal life once again. But 6 months after I got back, I was arrested for driving that stolen truck. I spent 90 days in jail for everything I had done, except for the truck because the charges were dropped. I didn’t know it at the time, but God was looking out for me back then even when I was a drug addict. I got out of jail and still doing drugs. I hit an all time low when I started shooting up heroin and manufacturing meth amphetamine. By making the meth, I started to finally make a lot of money but with it I became addicted to heroin, meth amphetamine, and cocaine on top of my alcoholism. One night when I was making this meth amphetamine, I had finished my batch and went into the house. I fell asleep instead of cleaning the mess from cooking the drugs. We were supposed to be moved out of the house that we were in by morning. Instead of loading everything, I was cooking drugs. The landlord came to see if we were out of the house and he knocked on the door. We were asleep so he went around the back and the door was opened. The landlord peeked in and saw all of the paraphernalia for cooking the drugs and he called the police. I was arrested and let out on a ten day ruling. A ten day ruling means the prosecutor has 10 days to bring the charges to court for a hearing or it gets dismissed. Anyway, I was let out on the 10 day ruling and went back to the house and found that everything was still there to make the drugs. So I started again on my drug binge. I was so bad off that I weighed 120 pounds from the 180 pounds I weighed before I was addicted to drugs.

About a year and a half later, I was caught stealing some ingredients for making meth amphetamine. The police told me that I was going to spend a long, long time in prison. When I was in jail, I was so sick from kicking the drug habits that I had that I thought I was going to die. About the third week that I was in jail, an inmate that had been helping me by bringing my food to me because I couldn’t even walk, asked me to go with him to a cell called “God’s pod.” I said yes and he signed me up with him. It took about 2 days and they transported me to “God’s pod.” The inmates in “God’s pod” were so nice to me. They let me lay there fore 3 more days since I was still sick and couldn’t walk. They asked me if they could pray over me and I said yes. They all laid hands on me and prayed for me. That was the second day I was there. The next day I was able to get up and walk around and eat. Wow! That was amazing to me! I walked up to the group and received Jesus as my LORD and Savior. I cried for about a half an hour. I hadn’t cried since I was a baby. The load was lifted. I mean I felt so light and energetic or something. I started to go to their bible studies and prayer meetings.

I called my dad and told him that I had received Jesus. He came to visit me and told me that God showed him a vision that I would be preaching on the streets and helping prisoners receive Jesus. I told him that couldn’t be true because I was going to prison. I went to my arraignment and the judge told me that I would spend 37 years in prison. I plead to 12 years. I told my dad that I could start a ministry in prison, but he told me that God showed him that I wouldn’t even do 1 year in prison. Anyway, my lawyer called me and told me they had a new program they wanted to try out called “drug court.” I went to drug court and successfully completed it. I spent 6 months in jail, 1 year in drug court, and 1 year on probation. I don’t have any felonies and I am now going to the prisons in New Mexico and the youth detention centers.

I am happily married to my beautiful wife Elizabeth Francia. I have been clean 12 years and serving Jesus 12 years. I want to extend my biblical knowledge. I was ordained by a small church in Albuquerque, New Mexico. Through them, I have been serving in the prisons and I preach to the homeless in that church. That church was formally “International All Faith Center” but the name was recently changed to ” Majesty Worship Center” located on 217 Iron S.W, Albuquerque, New Mexico 87102 (majestyworship.com) with Pastor Alfonso Antillon. God Bless!