Each day more news of chaos bombards our senses.  Recently in Kenya, we heard of terrorists who would kill innocent lives seeking to make a media point for their cause. Now more news at LAX airport where a killer showed up and killed a TSA agent and wounded many others. The Christian Science Monitor reported that the scene at the airport was chaos everywhere. The result is that more and more of us are are beginning to conclude, chaos is the new norm. Chaos seems to be getting out of control. The “chaos” difference makers are getting all the headlines, shared instantly via Facebook and online media sources.

Personal Chaos and those difference makers like Miley Cyrus

What is also reported is the personal chaos that is plaguing beautiful and famous people. Each week we read another story about 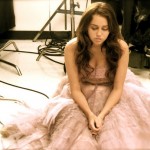 some famous person who is teetering on the edge of chaos. Miley Cyrus once was the promoter of wholesome values. Those values have been rejected by her now and she is living the “party” life, which may careening into more chaos. She is the most gossiped-about media star right now.  The fact is that young people are looking for a happier life and Miley Cyrus “looks” like she has it all. Many young people admire her and want to be like her. But many of the media star have crashed and the media moves on to talk about the next young star who is fun to gossip about.

Joseph R. Pelkoski is married to a beautiful woman of God, named Susan.  They have three children living at home.  Eleven years

ago, Joseph was using crack cocaine. The “party life” was running its course and Joseph was heading down fast.  God sent several difference makers into his life, one of them was his sister Marilyn who invited him to come live in her Christian home to help him get off drugs.  Within a week, he accepted Christ and started attending “Celebrate Recovery.” He unfortunately fell back into drugs shortly there after; God humbled him again. Now off drugs again for quite some time, Joseph has found greater peace than the chaos he used to sniff.

Joseph wrote, “After God humbled me, I feel a strong urge to share Christ with others, first in my town of Windber, PA, second in Somerset County and Cambria County and third the world. I am not sure if God is leading me to be a pastor or to become a missionary.  For now, I just know God is leading me to share the Gospel.  I will go anywhere God leads me.” Who knows how God will use this difference maker.