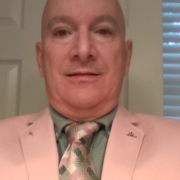 My name is William Craig Ward, and I have a Chaplain ministry calling on my life. People call me Craig. I am from the United States currently residing in Crossville, Tennessee. There are many churches in the county where I live. Most are small, but a few are large. My ministry is in its beginning stages, but I am getting to know several other ministers in my area. I am working on becoming a certified Chaplain in order to help in the chaplain program at my local hospital.

I was born in Pontiac, Michigan, where I lived until I was nine years old with my parents and older brother. While living there, I was picked on quite a bit and developed a bad attitude toward people. I preferred my family for company. I was bused way across town to a school that I hated. Even though my family and I went to church every week, I didn’t know much about God or Jesus. With the way things were in my life, I felt like God didn’t care about me. One evening at a youth and children’s service, we heard about the misery and torment of hell. This teaching got my attention, and at the age of eight, I accepted Christ. However, I wasn’t sure what that meant. But, I knew that I did not want to spend eternity in hell.

My family moved to Rockwood, Tennessee, when I was nine years old. As the new kid, I was tested. I got into several fights and again began to feel as though God abandoned me. As I grew older, I experienced many temptations and fell away from Christ. Even though I prayed, I didn’t have much of a relationship with Christ through high school. Most of my prayers were selfish, and I felt alone except around my family.

After graduating from high school in 1983, I enrolled in the local college and began studying criminal justice, but never finished my degree. I felt like my college expense was a burden on my parents. So, I quit school and began working at an auto dealership. Later, I became bored there, and a friend who was a paramedic talked me into giving that a try. In 1986, I became a certified Emergency Medical Technician, and then in 1990, I became a licensed paramedic. I saw much injury, sickness, and death during my 21-year career in EMS. Also

During this time, I was tempted by smoking, drugs, alcohol, and sex. I managed to resist the first three. Sadly, I was not 4 for 4. I met a lot of women in that line of work, and I succumbed to the temptation. In December of 1987 just before Christmas, I was critically injured after being hit by an intoxicated driver. Thirteen days of my life gone with no memory whatsoever. I woke up, in the hospital on Christmas Eve not knowing what happened. I blamed God even though I was lucky to be alive and still did not return to Christ. Six months later, I returned to work and then finished paramedic training. I was married from 1989 to 1993 and had one son from that marriage.

In 1997, while responding to an automobile accident, my ambulance was struck in the side by a vehicle at an intersection. I received only minor injuries but was unable to work for a couple of weeks. This injury was just after a break up with my girlfriend, whom I had hoped to marry. Again I blamed God and refused to return to Christ.

In 2008 after 21 years as a paramedic, I was forced to leave that career due to back injuries and constant pain. I realized that after 21 years I had nothing to show for what I experienced. Again, I blamed God and refused to return to Christ. I had to decide on a second career, and in August of 2008, I became a Licensed Private Investigator. At this time, I was invited to visit a friend’s church and accepted the invite. I was rejuvenated in Christ. God became real again and I reaccepted Christ as my Lord and Savior. I was on fire for the Lord!

In August of 2018, while sitting in my church worship service, the Lord spoke to me and told me it was time for me to minister to others. I became ordained through a ministry in Washington after taking their ordained minister course and then started my ministry that is still in the developing stage.

My training through Christian Leaders Institute will help me to minister to patients and staff in the local hospital. I am taking courses to receive the Chaplain Certificate in response to my Chaplain ministry calling from God. Free training is excellent for me since I am unable to attend a traditional college and can not afford the tuition or receive any grants or loans. Thank you, CLI. God bless you all!