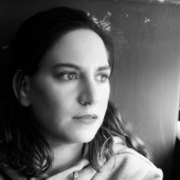 As a busy wife, mom, and ministry leader, Jessica Cantrell believes that if she can get her Bachelor of Divinity degree, “anyone can do it”! Read her story to hear how she obeyed the Lord when He called her into ministry.

The Power of Prayer

One of the main lessons that I have learned through my time at Christian Leader’s College has been the importance and power of prayer. In both the Prayer and Missions and Revival classes we learned what an important role prayer has in the Kingdom of God. We tend to underestimate the power of prayer, especially in the Global North. Here in the United States where I live, there is an apathy about prayer. It tends to be an afterthought.

A quote that stuck out to me showed up in a couple of classes but most notably the early church history class. Tertullian said, “the blood of the martyrs is the seed of the church”. While this was not woven through a majority of the classes martyrs were spoken of in several of them. I will never forget their sacrifice or how I would cry reading their stories. While it is clear that the church does indeed grow most when there is persecution, I do believe that hearing the stories of persecuted saints and martyrs strengthens the faith of those who hear them. Because of this class and this quote, I pray fervently for our brothers and sisters who face persecution.

My 10-year-old daughter, upon seeing and hearing me talk of these fellow persecuted saints also started showing an interest. Together we are now reading Jesus Freaks by DC Talk. We are also talking about what it looks like to have such a deep faith that you would be willing to suffer and die for the Cross of Christ. This one quote sparked many conversations and stories and even came up in our church staff meeting. This gave way for an opportunity to express the importance of sharing such stories with our congregation. Also, it encouraged them to develop a faith that would be willing to stand that kind of persecution.

In fact, we have even considered adding a question to those we ask at baptism. We would ask, “would you be willing to suffer or die before you deny Jesus”? While in our context this question may seem extreme, there are still ways that people suffer for the cross in America. Although it may seem slight in comparison to other countries, it would allow them to be able to stand for the cross of Christ; knowing they stand for righteousness and to not fall because of fear.

I had several favorite classes. One of them was the Ministry Conversations class. I thoroughly enjoyed Mark Gungor’s “Laugh Your Way to a Better Marriage” material. I enjoyed it so much that I would watch the lectures with my husband. A few of them that related to dating I watched with both my husband and my eldest daughter who is currently in college. I also really enjoyed Dr. Kevin Leman’s parenting helps. The information that he shared has greatly helped me to be able to better parent all three of my daughters and to help other parents be more confident in their own parenting abilities.

One of my favorite classes was the Old Testament Literature History and Theology class with Ted Hildebrandt. I loved listening to his stories and the information he shared in his lectures. Many of his lectures I watched with my, then, 8-year-old daughter. She would be captivated learning about the heroes of faith with new insights. Dr. Hildebrandt made his class both fun and informational which also made it memorable.

There have been many ministry applications throughout my time studying at Christian Leader’s College. So much of my studies I have already been able to apply in ministry settings. For example, from the prayer class we were able to start new prayer groups. I have used information from the Missions and Revivals class as examples and as a catalyst to help start those very prayer groups. The Sermon Construction and Presentation class was extremely helpful as a jumpstart to preparing sermons for our youth group. I had just finished the Hermeneutics and Exegesis class before taking it. I found it to be helpful in both the classroom and in my ministry setting. In particular, I enjoyed that the Hermeneutics and Exegesis class focused on being led by the Holy Spirit in one’s study of the Word of God.

Obedience to the Lord

Throughout this process I have advanced in ministry in ways that have been unexpected and wonderful. When I began at Christian Leader’s College in 2017, I did so out of obedience to the Lord. I had no idea where it would lead me. At the time I had recently been healed from a chronic pain disorder that I had had for twelve years. This disorder had kept me from being able to go to college. The Lord healed me from it in the summer of 2016 and after a time of prayer and submitting my plans to the Lord I knew that the next step for me was to go to college.

After doing some research I enrolled and began pursuing a Bachelor of Divinity. At the same time I was involved as a youth leader in our church’s youth group.  Shortly after beginning the degree program I became a volunteer assistant for our current youth pastor. In 2018 that youth pastor announced that he would be leaving and planting a church in two years. This gave us plenty of time to prepare for the transition. I applied for the position and this past March accepted a part-time position as the Youth Pastor of Spiritual Formation at our church. I am looking forward to shortly being licensed by our denomination and subsequently ordained.

Anyone Can Do It

The most challenging aspect of Christian Leader’s College for me was having the self-discipline to sit down and do the work. I am a busy mom of three, one of which was adopted during my studies at Christian Leader’s College. I am a wife, a Girl Scout leader, Youth Leader, and hold down a part-time job. If I am able to do all of these things and manage to graduate from Christian Leader’s College with a high GPA and highest honors in less than four years, I believe anyone can do it. It was challenging but part of the satisfaction of finishing is the very fact that it was a challenge. If it were easy then there wouldn’t be any pride in saying, “I did it!”.

I would like to thank the staff and professors at Christian Leader’s College for their time and energy because I recognize that each class and course of study took hours of preparation, research, filming, and so on. I am so grateful for each and every class and even though I did not mention many of them, I greatly appreciate each and every one of them. Thank you.

Opportunity for Ministry Training at CLI

Called to Ministry and Study
Scroll to top