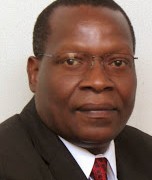 CLI Is A Zimbabwe Seminary Option

The Political and economic strife in Zimbabwe has created a need for ministry training. Christian Leaders Institute functions as a Zimbabwe Seminary option for many because it is free and available online. Here is the story of one graduate who found this free Zimbabwe Seminary opportunity.

My name is Lawton Hikwa and am 52 years old. I am married to Di and together we have three daughters, Michelle 29, Vanessa 25 and Melanie 13. We live in the City of Bulawayo in the south western end of Zimbabwe. Bulawayo is the second largest city in the country after Harare, the capital.

Zimbabwe gained its independence from Britain on April 18, 1980 after a protracted armed struggle against the minority white settler regime. Prior to independence, the country was divided along racial lines – white, black, coloured (mixed race) and Indian. The whites were on the first scale of racial segregation, followed by coloureds and Indians, with blacks falling on the last scale.

At independence, the new government preached about national integration and reconciliation. There was new hope for a united country endowed with a lot of natural resources that include minerals such as coal, gold, copper, diamonds and many others. Agriculture thrived and was the back bone of the economy. The service sector also worked well and its labour force was disciplined and professional. The education and health systems were good for a developing nation.

In 1982, just two years after independence, there was a political rift between the two major political parties that had fought the war. The government went on an onslaught and killed more than 20 000 people in Matabeleland and Midlands provinces. My father, a local school teacher was a victim of this onslaught in November 1983. Matabeleland provinces (Matabeleland North, Matabeleland South and Bulawayo Metropolitan) lie in the western end of the country while the Midlands Province is in the centre of the country.

The above indicate a country that is largely spiritually broken, needing lots of healing and affirmation in Kingdom values. In the last fifteen years the economy took a plunge following a harrowingly violent land ‘reform’ programme, serious abuse of human rights and an endemic disregard for the rule of law. This was almost redeemed by the formation of an inclusive government from 2009 to 2013. The country is now under a single party rule since July 2013. People still worship freely and the country’s population is believed to be largely of Christian persuasion.

I was born and baptized into a Christian (London Missionary Society, now the United Congregational Church of Southern Africa) family of six children, three brothers and three sisters. My father occasionally preached in church and my mother was a Sunday school teacher. Most of my primary schooling was in schools run by UCCSA missionaries. I attended an Anglican run secondary school, where I then joined the Anglican Church to which I still belong.
I am serving as a sub-deacon (lay ministry) is the Anglican Church, in addition to editing a monthly parish newsletter. I have also served as church warden before and sit on the Diocesan Standing Committee. My dream is to continue serving fellow citizens within the spiritual healing and reconciliation ministry. I most identify myself with the word Pastor because I am involved in leading fellow Christians in spiritual healing and reconciliation.

Being a survivor of an unfortunate historical and political past triggered my desire to pursue ministry and my desire to find a Zimbabwe Seminary for my training.

Some of the unique challenges in my area include:

• Working and worshiping with people that feel excluded in many ways;
• A spiritually broken community;
• A community need reaffirmation in Kingdom values;
• Stewardship of our environment and each other; and,
• Involving the youth in church and community life.

My church has been very supportive in my ministry calling. The Rector has always seconded me for training by the Diocesan Training Committee in various skills needed by the church. Similarly, my wife and daughters have been supportive through mutual prayer and engagement in church activities.

The scholarship at CLI will enable me to pursue a Zimbabwe Seminary that will give me more confidence in carrying out my ministry calling in healing and reconciliation and reaffirming fellow citizens in Kingdom values. I feel that my community and larger society has potential in being healed of the unfortunate past experiences and to reconcile with itself and God.

Ministry Preparation Online For Free With CLI
Scroll to top