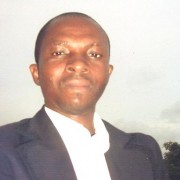 My name is Saviour Brain Tetteh. I was born in Ghana, in 1975, to Mr. Joseph Tetteh and Edith Norngor, both of blessed memory. I have five other siblings, two brothers and three sisters, two of which are younger than me.

I completed my basic education in 1991, and then proceeded to pursue my secondary education, which I completed in 1995. I had a difficult childhood. While in school at the primary level, I had to live with extended family members at various times. During those years I also worked to raise money for my school fees and to support my mother in her business. Looking back, I believe God was preparing me for a greater work in the future. After my secondary education I pursued a career in teaching at one of the national colleges. In my quest for knowledge, I also pursued a program in public relations, legal studies, educational psychology and operations management. Since then, I have served in various capacities including headmaster, supervisor, counselor, school chaplain, scripture union president and many others.

How I came to know the Lord was a divine arrangement. After my basic education in the village, my mother sent me to the city to live with my late uncle’s wife. During those years I had a lot a of difficulties, which affected my academic work. Then in 1993, my elder brother returned from Zambia, and he took a keen interest in my personal development. He was a strong Christian and led me to the Lord that same year. It was a wonderful experience and a great moment in my life.

The Lord started using me for His purposes and I began to affect other young people. I became the Bible study leader for the scripture union and eventually became the president, as well as the senior prefect, in my school. The Lord opened doors for me to preach His word in many secondary schools with great power and manifestations of His presence. Looking back, I am grateful to God for using my older brother as a channel to save me. Since then I have also received the gift of the Holy Spirit and often the Lord manifests Himself to me in various ways.

My dream is to pursue missions work around the world, starting with my own country, and to serve God’s Kingdom however He sees fit. This is a challenge because most churches here do not commit resources to missionary work and sometimes they even suppress one’s initiatives. I have, however, received ministry training from my church over the years, which has greatly contributed to my growth in ministry, and I am thankful to my senior pastor for his support. In the meantime, I have also started a ministry for young couples in Ghana called, “Young Couples Net World,” and have began a prayer initiative for international missionaries.

A scholarship at this time would greatly impact my missionary work in this nation and around the world. I would appreciate prayer that the Lord would enable me to finish the work He has given me to do. I am also praying for the entire Christian Leaders Institute staff, may God richly bless you.

Pursuing my Calling – A Young Woman Called to Ministry

From Atheist to Defender of Faith in Christ
Scroll to top