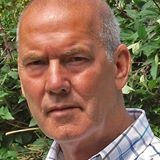 My name is Allen Humes of the United Kingdom. My life has always centered around serving people. Helping to run a local youth club while in my teens was something I enjoyed. I qualified as a youth leader later in life and ran a youth center for over 20 years. I participated in local politics for many years, before becoming a practicing Christian. Today, I am committed to the Lord and serve Him faithfully as a local Methodist lay-preacher. My life has always been guided by God toward helping others on my spiritual faith journey.

After major heart surgery at 42 years of age, I decided to take on something a little less strenuous. So, I went into local politics as an activist in the Labour Party and served a Parish Councillor for a number of years. I ended my political career as the Chairman of Chester- le-street – District Town Council.

Spiritual things were attracting my attention. So I became a member of a local spiritual church where I became a “spiritual healer”. At this time, I delved deeper into a religious study. My life changed shortly after this. I felt God making a call on my life. When I think back, I am sure He had called on me several times before, but I had never really listened. I never felt ready or able to take on the responsibility of being one of God’s disciples.

It was during what was one of the darkest times of my life that my real spiritual faith journey began. My wife and I were on holiday. We visited Buckfast Abbey, which is a working Monastery in England UK. It was quite by chance that we visited the Monastery (or so I thought). I prayed at the front of the Church, and I looked at a stained-glass window. While I knelt in prayer, a shaft of sunlight fell on me. It felt as though God had his hand on my shoulder, and I immediately felt my depression and worries begin to lift. A strange feeling came over me. I left the Church feeling spiritually uplifted. My wife was with me and actually noticed a change in me as we left the Monastery. From that day I took up the call that God was making on my life.

When I returned home from my holiday, I began to look for a church where I could begin my Christian discipleship. I became a member of the Methodist Church in my local village. There was a notice in the church asking for people who were interested in training to become worship leaders (I must add that I never read anything on the notice board before that day). I went on the training course and qualified as a worship leader.

Shortly after that, I felt called towards becoming a local preacher. But I put it off because I felt I was too old. However, God persisted in his call, and it wasn’t long before I began my training. I was 66 years old. Qualifying as a local preacher occurred when I was 70 years old. I began preaching in my local “District Circuits” where I still preach on a regular basis.

Even though I was heavily involved in the life of the Church, I still felt as though God was calling on me to do more. So I began to look outside of the ‘Church for another opportunity to do His work. I stumbled upon a website dedicated to the “Missionary Aviation Fellowship” and this suited my needs perfectly (and God’s no doubt). I became a volunteer and did my training and I have been a regional speaker for “The Missionary Aviation Fellowship” for about two years.

My spiritual dream is to see the revival of my local church and others in our district and to know that I have played a major part in the revival. I am a committed life-long learner who loves to use my knowledge to further the Kingdom of God. I count it a blessing when I came upon the Christian Leaders Institute website. God has me under “His wing” and guiding me towards Church revival in these latter stages of my life.

The opportunity to study at such a high level would not be possible were it not for the free tuition of Christian Leaders Institute. As a retired person, I do not have the financial means that could support the quality of training I am receiving from CLI. I am aiming to attain the Ordination Level in my training with CLI. Maybe then, I will have reached the level that God wants me to be. Only God and time will tell if that is the case on this my spiritual faith journey!

Restoration Ministry Purpose: Called For a Purpose on Purpose
Scroll to top