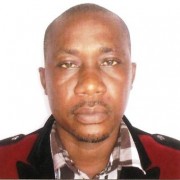 Charles Tuah received his revival leader calling to provide much-needed support to new converts in the continent of Africa. In his story, he tells how God revealed to him that new Christians in Africa were neglected by their church leaders. Their newfound faith called them to forsake their old way of living, but too often their local Christian leaders failed to support them as they lived their new lives.

Here is Charles Tuah’s revival leader calling story in his own words.

I identified my calling as a child when I assumed leadership roles in school and at church even when grown-ups were around. My spiritual father called me and prayed for me and told my parents to take a proper care of me because I would become a great man of God when I grow up. I did everything as a leader even when playing with my peers in school and at home. I was later adopted by my spiritual father to receive adequate training, and because of my leadership skills, I taught in the churches Sunday school when I turned fifteen years of age.

There I organized drama and poetry competitions and most of the times football matches as a soul winning strategy in my community which increased the number of Sunday school children massively. My mission on earth is to impact in the lives of others who do not know God. As I grew I loved to do the work of God as I walked from house to house to pay a visit to people some of which are not church members preaching to them most especially the lost souls.

One thing I always pay attention to is the newly converted souls. After their conversion, most spiritual leaders do not even pay visits to new converts to help strengthen their faith in God and most new believers think after they have left their family idols, which are a source of livelihood for them, it is your responsibility to cater for their needs financially. I sometimes give such people used clothes from people, and they become happy; and, as a result, I am able to talk to them teaching them the essence of accepting Christ and the teachings of the last days of judgement on this earth.

The power given to all Christians is to take the gospel of our Lord Jesus Christ to all the nations of the world. The heartbeat of God is that all people will hear his word and be saved. Spreading the gospel to the cities, towns, villages and its environs to share the saving gospel of Jesus to the people and to also turn the hearts of men towards Christ.

The purpose of my ministry is geared towards fulfilling the call of God upon my life and also towards contributing to the vision of reaching out to all the unreached tribes and the lost with the gospel of our Lord Jesus Christ in the nation of Ghana and to finish the task in one generation and also providing quality education to both the adults and children of such people. Taking care of widows, widowers, foster children, street children, prisoners and giving educational scholarships to the poor but needy students are among my major priorities and spreading the gospel of our Lord Jesus Christ to them.

Christian Leaders Institute has given me the required training needed to stand on my feet as a Pastor through the scholarships given to people from all parts of the world in spite of one’s background, race, or creed and it has really given hope to the hopeless especially people like me from the down side of the world. I have really benefited greatly from this course and the impact on my life is a reflection that will transform other people’s life. I give glory to God that I have been part of the Christian Leaders Institute because it has enlightened me, opened my eyes and has given me the courage and faith to get myself grounded in a reproducible walk with God.

CLI scholarship has actually helped me a lot because it has given me adequate training to be able to commit myself to help raise mankind in my country. It has really contributed immensely and positively in the way I prepare and preach sermons nowadays and it is my greatest hope to further the course to the highest level to be able to accomplish the target I have set for my ministry and to reach the height God has set for me to positively impact on the lives of many people in my country Ghana, Africa and the world at large and I would like to take this opportunity to request for your support in prayer for my ministries dream of building the potentials of the poor and needy people of my area be realized.

If you’ve received a revival leader calling and know that you need some training to fulfill God’s call on your life, Christian Leaders Institute could be for you! Sign up free to enroll in our ministry training courses and electives.