There has seldom been a time in the United States when reaching the next generation for Christ was more difficult and less acceptable. We are at a point where we can no longer choose culture and Christ. We must often make the choice: culture or Christ.

This truth is seen increasingly in all major societal indicators. News writer and commentator Todd Starnes recently published an article that encompasses several recent stories about religious rights in America. These include the removal of Christian symbols from military chapels, regulations against speaking about God in the armed forces, charges against Christian bakers, photographers, and other similar occupations for asking Christians to violate their spiritual convictions and the Internal Revenue Service targeting Christian non-profit organizations involved in pro-life activities. Everywhere you look in the United States, speaking out for Christ is becoming less popular and, in some cases, criminally prosecutable.

Katherine Gloede, a student at Christian Leaders Institute, knows the importance of reaching out to the next generation. She recognizes that even in the educational system there is a constant push to choose culture over Christ. In a reflection paper in the class Sermon Construction and Presentation, she talked about her ministry to the girls in the youth group at her church.

Reaching the Next Generation for God Starts in the Church 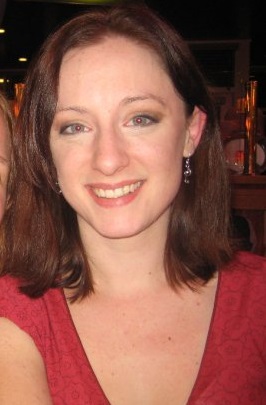 It made my heart swell with joy when I saw the faces of these young teen girls just loving God, and wanting to be better for Him, and not just for themselves. A few of the girls that I teach had started to fall into the stereotypical high school drama that a lot of girls deal with. Between peer pressure on things like relationships, immodest dressing, drugs, and just all around discontent, I saw these girls start to fall. I know that God has bigger plans for them, so I made the point to try to cast my net, as well as I could to keep them from falling any farther.

I thought that the story of Esther would be a great topic to share with these girls. The book of Esther never mentions God, no one prays, no miracles happen, and the book is never even mentioned anywhere else in the Bible. It is as if God was on vacation during the time of Esther. The hero of the book is a Jewish young woman who hides her identity. And she’s not just any woman, but an orphaned girl who grew up to be so beautiful that the great King Xerxes chooses her as his bride!

Despite all this, Esther is instrumental in saving the Jews from certain genocide and succeeds in having all of her enemies destroyed in a bloodbath. It’s not exactly the type of story you read your kids at night. No one comes off looking good, and everyone has a hidden agenda. A story full of action, suspense, what’s not to like about the story itself. It’s a Hollywood producer’s dream!

The story of Esther seemed to be in perfect timing with everything going on around these girls. They feel like they don’t have anyone to lean on, that they are totally alone. But, just like these girls, Esther meets God, and she is totally transformed!

I know that I may not change the world just by myself, but I truly believe that I changed a few hearts and minds over those three weeks. It made it so much easier for me to write on subjects after that. So when it came time to write the first sermon in the class, I was excited for it!

Esther was a woman of faith who chose to be identified with God’s people in a time when they were under the most intense persecution. Even knowing the king’s edict that all Jews in the kingdom were to be killed, she came forward and identified herself to the king as one of the Jewish people. She could have trusted in her position as queen to deliver her from death. She likely could have been left alive in the palace while the rest of her people died throughout the kingdom. Yet, at great personal risk to herself, she believed it better to be identified with God’s people than to escape persecution for His name.

Katherine Gloede was empowered in her quest to reach the next generation as she took the class Sermon Construction and Presentation at CLI. In her reflection, she wrote:

Overall, this class really improved my public speaking skills, and made it easier for me to relate to my audience and keep them engaged on what I’m saying. Having a class within the class, on delivering the topic well, and keeping your audience involved really helped out as well. the videos that were used in order to demonstrate different preaching styles gave me pointers, but it didn’t limit me on what to say or how to say it.

If the United States’ current trend is to be reversed and religious freedom to once again exist in our society, we must inspire and motivate our young people to take a stand for Christ. Katherine understands the importance of teaching the youth in her church the importance of living for God, but each of us can have an impact on somebody for Christ. Each of us can take a stand, and teach those we know to do the same. We pray that God will turn our hearts and minds to Him, that we may stand firmly on the cross without wavering. We long for the day that the United States of America may once again be called “one nation, under God.”

Who are You People to Say You Speak on God’s Behalf?
Scroll to top