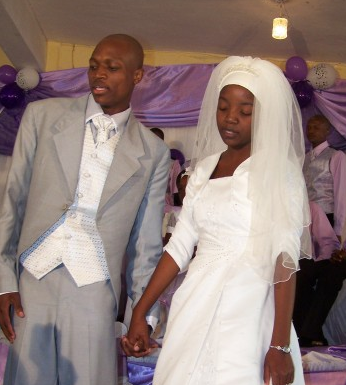 A long time ago, a great church leader warned his mentee about false prophets in the church. He said that people would come preaching a gospel other than the one Christ preached. He said people would be attracted to the prospect of receiving the financial gifts that Christians gave to their preachers. These people would prey on the poor by presenting them with a gospel of money. They would not be preaching the truth. Their goal in preaching would not be to edify, instruct, and build up the body of Christ. They would just be trying to get money out of the congregation.

The church leader was the apostle Paul, and the mentee was Timothy. Thanks to the preservation of the canon of scripture, we have the warning recorded for us today in 1st Timothy 6:4-5

They have an unhealthy interest in controversies and quarrels about words that result in envy, strife, malicious talk, evil suspicions 5 and constant friction between people of corrupt mind, who have been robbed of the truth and who think that godliness is a means to financial gain.

South Africa is a country ripe for the picking. Unemployment is just under 25%, and over 50% of the nation lives in poverty. 30% of the people don’t even have access to running water. There are many false prophets who take advantage of the poverty levels in South Africa. People are hungry. They are struggling just to live through the next day.

In view of these statistics, it’s no surprise that the prosperity gospel abounds in South Africa. False prophets craft a message that is well nigh impossible for the poor and the hungry to resist. Believe, pray, and be rich. That is their “gospel.” They teach that God is a resource – a supernatural entity that can be called upon for personal gain. They teach that the Lord exists to solve all of our material problems in this temporal world. Rather than preaching the truth of God’s word, they pervert and twist it for their own gain.

Paul’s warning doesn’t end there, though. He continues in verse six:

But godliness with contentment is great gain. For we brought nothing into the world, and we can take nothing out of it. But if we have food and clothing, we will be content with that.Those who want to get rich fall into temptation and a trap and into many foolish and harmful desires that plunge people into ruin and destruction.

While it is by no means a sin to pray for the things necessary to live and to support your family, it is dangerous to approach the gospel with the intent of gaining financially and becoming rich. While God will supply our temporal needs as he provides for the Sparrows, He is more concerned with supplying our eternal needs. This is the message Paul was giving Timothy.

God Raises Up South African Leaders Who Are Preaching the Truth

In South Africa today, Tsakane Mathebula sees the false prophets. He sees the prosperity gospel being proclaimed at the expense of the true Word of God. He talks about his vision for South Africa here:

South Africa is a free country from a physical perspective yet there is a lot of spiritual battles to fight, churches and false doctrines which are present as similar to the Gnostic movement. Men of God are unto money rather than Souls. Many have rejected salvation for what it is. There is no fear of God. It is just church without true salvation which separates one from the power and the love of the world. People are bringing the worldly system into the church. People need the prosperity Gospel rather than the Message of the Cross. Preachers have become motivational speakers rather than to be messengers and preach what people need to hear rather than to speak the heart of God. I am prepared to die for Christ in preaching the True Gospel of The only True living God. Idolatry, pride, ignorance, sin, teenage pregnancy, diseases, greed, divorces, Adultery, Fornication, Drunkenness, foolishness, abuse of power have become a habitual lifestyle. There is desolation of spiritual being. God’s people are perishing for lack of Knowledge. My calling is to proclaim Christ the saviour, The Healer and the changer of lives. Destiny giver and life giver.

Preaching the truth is the most important calling of any evangelist, and Tsakane Mathebula is ready to do everything that it takes to make God’s true word known in a country where the flame of truth is dim.