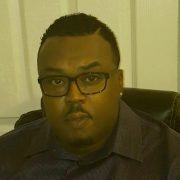 My name is Reggie Smith and I am on a pastor journey. I reside in Las Vegas, Nevada. I was born and raised in Michigan but moved to Las Vegas 10 years ago. Las Vegas has been labeled “sin city,” due to the fact that there are so many opportunities to indulge in any type of vice that the flesh may desire. I feel like God has led me to this city for a reason. It’s not a coincidence. I grew up my whole life in the church, and have a family full of ministers of the gospel.

On my pastor journey, I encountered the real presence of the Lord at age 14. I went to a carnival with my cousins, and upon return, everything was turning cloudy. Soon after that, I started to experience excruciating pain in both eyes. My mother rushed me to the hospital where they told me I had two burnt corneas and would probably never see again. They could not explain how this could have occurred. The doctors did what they could and sent me home with patches on both eyes. I was still experiencing debilitating pain. My mom didn’t know what to do. The one thing that she did know was that we needed the Lord. She called my aunt who was the strongest prayer warrior that we knew. When my aunt arrived, I could hear her coming from a great distance, since my hearing was more intense due to my loss of sight. When she arrived in the room, the first thing she said was, “God is going to heal you!” She immediately started praying in tongues, and after a short while, the pain stopped. I took the bandage off of my right eye and it was healed! The left eye had not quite healed yet but was completely healed soon after that. The doctors could not explain it, but I could. It was my first encounter with the miracles of God.

My dream is to bring the world to have a relationship with the Lord. To know who He is, and what He is about. Taking this class with Christian Leaders Institute has introduced me to new thought processes and practices that will increase my personal relationship with God and help to continue the process of revival in God. I learned many different ways of how we can interact with God and bring others to know Him as well. I feel it is very important to not only know the scriptures but to know the background behind them. I feel it very important to have formal training to prepare yourself for the storms that will rise up against you. The more prepared you are, the better equipped you are, the better chance for a victory.

There are many callings that the Bible tells us about, but the calling that I identify the most with would probably be Pastor. I say this because I have had God called me as a child, and it has been confirmed by many in my life. The Pastor is the overseer of the flock, the leader of a congregation. I have owned several businesses and been a leader of my sports teams in high school and college. I feel that all of these scenarios on my pastor journey prepared me to be a leader of men and women. It is a huge responsibility and one that I take very seriously. I guess that fear of failing God has caused me to delay in what I am destined to do. I know it is not an excuse, but it is the truth.

I had strayed away from the things of God for a while and He told me one of my friends was going to die, and I needed to change my ways or the same could happen to me. Less than a week later, one of my close friends was found dead on the steps of a church, from natural causes and he was only 25 years old. He was not a spiritual person so it was very controversial why he was on the steps of the church. I knew at that time that I had to go back to my first love which is Christ.

I would love to receive a scholarship to CLI to pursue my dream in this pastor journey of getting a degree and learning more about becoming a true man of God and leading others to Christ. I want to understand the meaning of the scriptures and a deeper knowledge of Christ and how I can be used as a vessel to bring Christ to the people. Understanding and knowledge are some of the most powerful tools that we can ever have. I desire to be in the place that God would have me to be a vessel that He can use.

I still have things in my life that I am overcoming. I ask for prayer to give me the strength to keep moving in the right direction and not fall into the temptation of the works of the world. I want to walk and live the will of God, and be an example to others and lead them to know Christ Jesus. I know that the greater the calling the bigger the test, and I just want to be well prepared for any test that I may encounter.