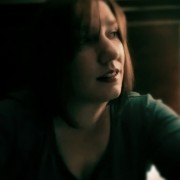 “I did not know where to start until I was directed to the Christian Leaders Institute’s online ministry school through a Google search. I instantly knew I was where I needed to be to teach me the skills to minister to others. My goal is to reach women worldwide through the internet and on a local level. However, I cannot afford the cost of a traditional Bible school making CLI’s online ministry school essential to fulfill to my calling.”  – Shannon Salas, student of CLI

Housewife Seeks For An Online Ministry School And Finds CLI

My name is Shannon Salas. I am 34 years old and live in the great state of Texas just outside the Dallas-Fort Worth area. I am a wife and mother of three beautiful children who are growing in Christ each day. I home school all three children through Texas’ virtual online school and supplement their school with teachings of the Bible. As a family, we love to travel, take care of pets, fine tune our cooking skills, and woodworking.

I came to the Lord in 1994. At the time I was fourteen years old and my family had lost everything we had. My parents took the last remaining money in their pocket and traveled to Wisconsin to find us a new home. My sisters stayed with my aunt and uncle while I stayed with my grandparents so that we could finish off the school year. I had never given God much thought and, prior to having to move, my mother became involved in new age practices and magic spells.

One night after drifting asleep, I had a dream that I was standing naked in a dark void with a light shining on me. Standing before me was a large wooden podium and behind the podium was a man of great size, but I could not see his face. In the dream, I was scared because I did not know what was happening. I then heard a booming voice that said “Follow me!”. I awoke immediately after in a cold sweat and with a racing heart. The next day I found the old family Bible in my grandmothers closet and started reading. I read the entire thing from start to finish.

A short while after I had this dream, my parents called to inform us they had found a church in a small town who would allow us to rent their parsonage until they found a new pastor. After moving, I began going to church and accepted Jesus into my heart. I had never felt so alive and full of hope. I joined a youth group and made some really good friends.

When I was seventeen, I met a boy whose mother helped me join a commitment class through the Church of Christ. I completed the class, made my confession of faith and was baptized. What was supposed to be one of the most uplifting days of my life was quickly shattered by my mothers naysaying. My baptism started an endless number of spiritual attacks that left me doubting my own God.

The boy whose family brought me to my baptism, became abusive. I went to college, where I became attached to drugs, alcohol, sex, and cutting myself as a means to ease the pain. I remember one night while I was being verbally cut down by my boyfriend, I looked up to the full moon begging God to make it stop, and when it didn’t, I turned my back on Him. Life became easy again, because Satan had won the battle. It is obvious to me now what God had wanted from me – to turn my burdens over to Him and to have complete faith that He will handle those burdens accordingly.

Soon after I began practicing witchcraft. I met my first husband, who is an atheist, and we held a pagan marriage ceremony. I continued my pagan practices until one autumn my four-year-old daughter asked to attend church. My daughter had only been to one church sermon with my aunt, but she was hooked, and she would not cease asking me to go until I gave in. I found a local Methodist church and took the children the next Sunday. My son asked to sit at the front directly in front of the pastor, and I honored his wishes using every bit of willpower I could to make it to the front pew. It was there that I cried, sobbing at times, for the enormous number of sins I had committed against God. It took me four services to cease my crying. I eventually became a member of the church and my children were baptized.

Just over a year ago I was injured on the job which resulted in a long battle with the workers compensation system to repair the damage done to my knee. I was separated from employment during this time and my husband thought it best that I do not attempt to return to this employer. My whole life had been turned upside down and I was quickly thrown into the role of housewife. It was a difficult journey because I was not only injured, but I had to learn to manage the home, something I am not used to doing at this level. I originally started a blog to write about the struggle of being a housewife, but through small blessings that seem to just fall into my lap I feel God has called me to do so much more. He wishes me to minister to women in a way that will bring Christ into their homes and to their children.

Currently my family is between churches, but I have recently started attending Crossroads Baptist Church in Lancaster, TX where they have accepted me with open arms. It is here that I am sure I will find a mentor to help me through my ministry studies. Until then, I have the support of my husband, all three children, and my mother-in-law, who is an active member of the church and a great example of how to lead a Christian lifestyle as God intended for us. My prayers are that I fulfill God’s calling through knowledge, a stronger walk with Jesus, and the truth of God’s Word.

No longer look at seminary college as your only option to receive ministry training! CLI is a free online ministry school where every bit of your training is done on the internet! Click here to be enrolled in our online ministry school! Our mission is build up as many revival leaders as we can. To send out the called into the battlefield to make way for Jesus our Lord and Savior. Spread the Gospel! God bless!

Ministry Classes For Living Out Our Spiritual Dream
Scroll to top