Two millennia ago the son of God came into the world to bring new life. For thousands of years God had reached out to mankind, sending prophets and judges, appointing kings and rulers. His prophets spoke of a great messiah to come: one who would deliver the people of God.

For hundreds of years God’s people got it wrong. They worshiped other gods. They made treaties with other nations who they were commanded to avoid. They failed to keep appointed feasts and celebrations. The worship at the temple became rote, and for many non-existent.

But finally, 2,000 years ago, the people of God finally got it right. Their religious leaders banded together under the rule of the Roman empire and figured out exactly how to obey the law. They knew just what needed to be done to live in harmony with God and each other. Every law was fleshed out to the smallest detail – including how far you could travel on the Sabbath day! They really had it together. There was only one problem – the Roman empire.

The people of Israel cried out, pleading for the Messiah to come. They finally understood who the Messiah would be. A great prophet would come and deliver them from the rule of the Romans! They would be free of their oppressors and able to live as a nation again! Excitement reigned as signs surrounded the birth of a child in the city of Bethlehem – the prophesied birthplace of the great Messiah!

About 30 years later Jesus began His earthly ministry and teaching. The people loved Him because they were sure He was the messiah, but the religious leaders had objections. This couldn’t be a prophet of God. He didn’t observe the fullness of the law. His disciples failed to wash before meals, and he allowed it! They collected grain on the Sabbath day! Worst of all, He seemed to have no interest in being honored at their feasts! Rather, He dined with sinners – those who didn’t obey the law of God. He called tax collectors, traitors to their own people, His friends!

When the religious leaders confronted Him on His choice of company, the Lord replied “For I have not come to call the righteous, but sinners.” (Matthew 9:13b)

2,000 years later, many of the same prejudices still exist. In a world that has been almost fully exposed to the Christian Gospel, most people have it figured out. Most countries in the world have a legal system to appropriately punish many of the things forbidden by the law of God. Yet there are many who fail to follow these societal regulations. They develop addictions to alcohol, drugs, and often a life of crime.

The Christian church often does not think of such people as fit to lead the children of God. They are failures, people who just couldn’t get their act together, druggies, ex-cons, or alcoholics. Often, churchgoers do not even see such people as fit for reaching out to.

Yet today, as 2,000 years ago, the Messiah reaches out to these people to give them a new life. He even calls them to positions of leadership in the church. He reminds us, as He did the religious leaders of 2,000 years ago, that each person is His creation, that all of us are equal under His headship. Matthew Lade of Australia, a student at Christian Leaders Institute, tells the story of how God reached out to him at a time when everything seemed hopeless. He tells how God renewed him and bestowed new life and calling on him. 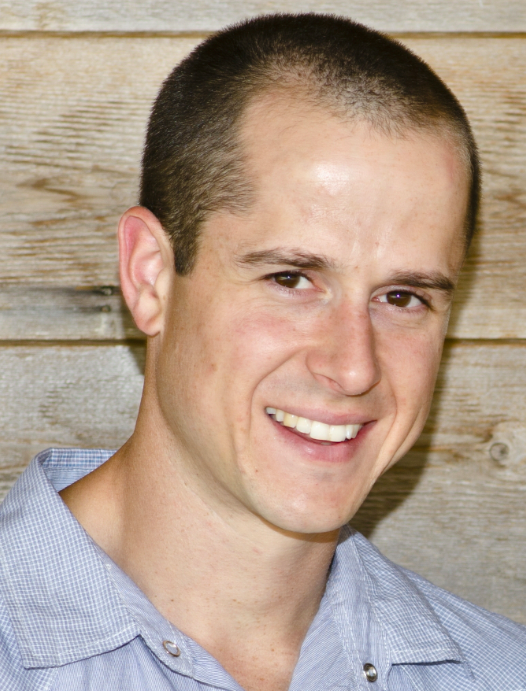 My name is Matthew Lade, I was born, raised and currently live in Launceston, Tasmania, Australia. I am a happily married man, recently married to my lovely wife in February 2013. I am currently a student at Tas Tafe, studying full time for a Diploma in Interactive Digital Media, which is to be completed by December 2013.

Tasmania is a beautiful and quiet place to live. Like other western countries Australia is blessed with the freedom of religion, so we can easily attend churches, worship God and fellowship with other believers. Sadly though many people in Australia are not so open to the gospel or are too caught up in the things of this world and do not worry about what happens after death. Ministering Christ to people can be hard but it is a joy when people do receive the good news gladly. God gives me strength to face each day and I rely on him to lead me in each situation.

I went to church when I was young but stopped going sometime during primary school. I got into drugs an alcohol during my early teens and that continued into my 20’s although I managed to quit smoking weed but took party drugs occasionally. During this time I hung around with the wrong crowd, committed crimes, spent some time in court rooms and at the police station. I had a serious accident when I was 21 which crushed some vertebrae. I had a successful operation but after the initial recovery drinking became more than just a weekend habit and I soon became an alcoholic. Depressed and having suicidal thoughts I stumbled upon a Christian video on Youtube. I watched some more videos about Jesus, ended up saying the sinners prayer and was delivered from the kingdom of darkness to the kingdom of light. I felt a powerful transformation happen. My friends and family noticed a change in me too. I was instantly delivered from some addictions and after 3 months I was delivered from alcohol. There’s a lot more to the story but that’s the gist of it. It is amazing what God has done with my life now, a few years ago I never would have dreamed that I’d be married and I now have a Joy for life in Christ that I never knew.

My ministry dream is to reach the lost, teach them about Jesus Christ and the life he can give to them. Because of my past I feel that I can relate and mister to people in similar situations to the one I was in. Troubled youth are who God has specifically placed on my heart so I guess I can see myself as a Youth Leader in the near future and would like to get involved helping in this area at my Church. I can also see myself as a Small Group Leader and one day maybe even Teacher or Pastor. Only God knows, and I am willing to let him take me wherever he wants.

I have loved reading the Bible ever since I was saved and I have a real passion for God’s word and take it very seriously. I also have a burning desire to serve God with my life and be all I can be for him in Christ. I felt like I was not really pursuing his plan for my life, I had thought about local Bible colleges but they are very expensive, so I searched online for some bible colleges and ended up finding CLI. The Getting Started Class has been a real blessing, I have loved working my way through the lessons and I am excited to continue Training through CLI, if I am Granted a Scholarship. This training will help to make sure I’m fully equipped with the experience and knowledge to be an effective Minister of the Gospel. I feel like I need a deeper understanding of God’s Word and an even closer relationship with him, I think studying at a CLI will help me to achieve this goal. I believe this is where God wants me right now and this is what he has called me to do, so I can serve him and bring Glory to him and the name of his Son.

The Church I go to does a lot in our community. Things such as delivering food to needy people, providing homeless people somewhere to stay, helping out women’s shelters and taking troubled kids on camps. This is just a few of many programs they run. I have been involved in the past and am still involved in some of these programs. The church has been very supportive in my ministry. I have mentioned to a Church Leader about my course at CLI and they seemed very supportive and were encouraging. I have also talked about it at length with some friends and family and they likewise are very supportive and encouraging. They believe God can use me in ministry.

Firstly, I would like to ask for prayer that God will continue to bless CLI and that an abundance of spiritual fruit will be grown by what they are doing. I would also like prayer for family members and friends who are not yet saved. That God would open up their hearts to His Truth and that many opportunities would arise for me to share the Truth with them and everyone in my life. Please pray that God will raise up more powerful leaders and that the Gospel of Christ will reach further than ever before.

Matthew Lade is one of many who are called by God into His ministry. God has particularly called him to reach the lost in his area. He is called to those who, like he once was, are the ‘failures’ in our world today. Without CLI Matthew would not have been able to obtain the training he needed to pursue his calling. Christian Leaders Institute helps people like Matthew to realize their calling every day. If you feel that you are called to serve God but are unable to afford the time and expense of traditional Bible schools and seminaries, fill out our application to get started and start pursuing your calling now!

Trusting God in the Tough Times

Do you remember when….?
Scroll to top