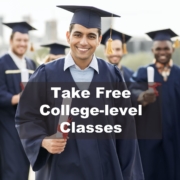 My name is Jared Morris. I was born in Indianapolis, Indiana on August 5, 1986, to a single mother. My childhood was always fairly rocky but I made it through. In 1996, I first gave my life to Christ at Hoosier Hills Baptist Camp and was baptized after camp.

A few short years later, I was called to ministry. I was at a church service and before service, I heard my name. This was a church I was just going to with a friend, I had never actually been there before so I looked around and did not see anyone that I recognized. I heard it again and looked around with the same result. Finally, I heard it a third time and the story of the prophet Samuel’s call entered my head and so I did as he did. I thought, “Speak Lord, for your servant is listening.” I then heard, “Pastor Jared, lead my flock.” The rest of my youth was spent focusing on studying His Word and learning all I could.

When I was 18, I met my first wife. We got married and immediately we started an internship with a local ministry whose goal was to focus on prayer and worship 24/7. It had its ups and downs but it was my first real experience in ministry which provided a great learning opportunity for me. Even though I left very hurt and this hurt ultimately led to my downfall, I now look back with appreciation to God for the chance I received.

When I was 20, I went to a Bible college in Moberly, Missouri. However, I washed out after one semester. I felt like such a failure and for the first time, I questioned God’s will for me. However, I still didn’t quit. I still studied, still volunteered at church, still loved God, and still remembered those words spoken to me about 7 years ago at that point, “Pastor Jared, lead My flock.”

Eventually, in 2008, we moved back to Indiana. We attended my wife’s father’s church that he was the head Pastor of. It was a small church, but it was home. He started mentoring me, recognizing my call to ministry and was preparing me to replace him. His health was getting too bad for him to stay in Indiana much longer. Then my world was turned upside down.

I had started at a local community college for business. A few weeks in, my wife let me in on a secret that she had been unfaithful. I wanted to try to work it out, but she did not want to. We divorced. I was heartbroken and continued to question God’s will for my life. I left her father’s church as it was just too painful to continue going there. This started my slide down.

By 2013, I was struggling. In faith, in finances, in my family, in everything. I took one last stab though and in the midst of my doubt and struggle, at the end of 2012 I enrolled in Christian Leaders Institute and took the first couple of classes, the Getting Started Class and Christian Basics. Still, I was struggling and for the first time ever I was doubting.

I would hear somebody give a testimony about how when they were at their lowest and needed God most and He came through. I would think to myself, “When is it ever going to be my turn to have one of these testimonies? I struggle with these temptations and the guilt when I fail. I try to serve You, I do…but when am I going to be able to have that testimony that shows them that You still do miracles? I’m tired of being on the cusp of homelessness, I’m tired of this life God! Please! Bless me!” God answered my prayer by starting me on my journey.

I was angry because I thought, “Why shouldn’t I indulge in my flesh if this is going to be my life?” Further, I was seeing what was happening in the world and with Islam specifically. At this point, I thought to myself, if about 2 billion people in the world believe that everyone who does not believe as they do should die, then this world is too far gone and what are we fighting for? I decided to contact a local mosque and ask them about Islam. Ask them what Islam was truly about. As I learned more about Islam, I started embracing it and in June, I converted to Islam.

One thing I was not prepared for was how lonely I would be. I did not recognize God was still there. Also, one does not date. This was so difficult for me that I eventually left after about 6 months. I still thought about it and even though I was attending church again, in a relationship, married, volunteering in the church, and yes, even taking Old Testament survey in CLI, I still thought about Islam.

My second wife and I met online. We dated and I proposed to her. We got married. Eventually, in 2015 I became a truck driver and our marriage quickly went downhill. The night before I came home for the first time after getting my CDL and doing my over-the-road training, I knew our marriage was as good as over. I prayed to God in my bed in my truck. I prayed to Him that only He could save this marriage and that in order to prove that Christianity is the true path, He would need to do exactly that. If we got divorced, I would immediately leave Christianity and follow Islam.

We ended it and I immediately decided to return to Islam. Not long after my second wife and I split, I met Ashley. I explained to her Islam and how relationships work. She joined me in Islam. The next year, 2016, we got married. We now have two beautiful little girls.

The question that Muslims loved to ask me was about the Trinity, the concept of it. They do not understand it, it’s so foreign to them. I explained it like this: I would take a die, hold it in my hand and proclaim that I have six dice. They disagreed saying that I have only one die. I would go back and forth with them until finally explaining that a die has 6 sides with 6 different functions, so it is with God, Jesus, and the Holy Spirit. This, however, had a shocking effect on me, as I thought to myself that my explanation makes more sense then Islam did about how Jesus can be born of a virgin and not be the Son of God. This put the first crack in my wall.

Finally, in 2017, after much soul-searching, the Spirit completely decimated my wall like it was nothing. It was practically instantaneous. In one moment, God showed me why I had gone through everything that I went through. That this was the testimony that He had destined me for. Ashley supported my decision and left Islam along with me. Now we pray together.

This left me with a question. What now? Surely I have ruined any chance of really serving God, of being a pastor. I failed Him. Surely, God cannot really use me? God directed me to open my Bible and the first scripture I read in over two years was Romans 11:29 ESV, “For the gift and the calling of God are irrevocable.”

It wasn’t too long after that, that I remembered CLI and the amazing classes that I took. I enrolled in the new Getting Started Course. I took that and then the New Testament Survey class. I passed both and have a GPA of 3.4 after 5 classes. I am currently taking People Smart for Ministry. CLI gives those of us without funds for schooling hope. Hope that maybe we can start our own church or start being involved in the ministry that we feel called to. We can also learn more about God and about Christianity and the Scripture and about a Christian worldview.

Thanks to CLI, I am learning more and more every day. I am working towards something tangible and I pray that I might be able to get an actual degree, with my goal of getting the top Bachelor of Divinity degree with ordination. That will take money that I do not have, but I believe God will provide that. I know what my calling is and I know that Jesus is the Son of God and that He is in my heart. I know, because He pulled me out of my deepest darkest pit and has restored me. He has taken me in like the father of the prodigal son. I can never repay Him, but I can serve Him and I will, by God’s grace, I will.