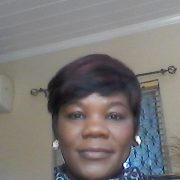 My name is Meosha Deveaux and I am thrilled to receive ministry leader training at CLI. I was born on the beautiful Island of Nassau, the Bahamas on February 29th, 1976. I am the third of seven children. I have four kids, one son, and three daughters. I was only six years old when my grandmother died, but it was because of her impact in my life and the hand of the Lord upon me that I am where I am today.

Life for me was less than easy. I was considered as the black sheep, fighting to fit in and be accepted but failing miserably. All my life I wanted a family to give me a place of stability and acceptance. But as a young adult, I learned that I had to first love and accept myself. Because of all the rejection, I faced in life, I rejected myself. I hated who I was. I told myself that it was okay for people to reject me because I felt rejected by God and I figured if He didn’t want me, Him being the one that created me, then no one should. These were all lies from the enemy, and for a while, I believed the lies. But I thank God for His grace and mercy and love. I also thank God for purpose and His Word.

I got married on February 26th, 2000. The marriage only lasted a year and a half before we were separated. I was very selfish, unforgiving and angry inside. I was holding up my own prayer life. My husband died of a heart failure in 2007, but about a year before he died, we were close and we both asked for and received forgiveness from one another.

I do desire to get married again so my husband and I could build ministry together as a team. The Bible to me is a mystery waiting to be unveiled. I learned that I am nothing without Christ but can do all things through Christ who gives me strength. I need Him every day of my life and to commune with Him is my pleasure. It is His joy that gives me strength.

After it was all said and done, I started going to church more frequently. I rededicated my life to Christ and later served as an usher. Almost a year later I was commended by the pastor and was then put as leader of that department. After leading the usher department for about two years, I was transferred over to lead special events and later I was serving as a director of the ministry.

I later stepped down from leadership because I never received ministry leader training. My desire is to serve in excellence and knowledge. So during my research online, when I came across Christian Leaders Institute I was amazed. I love the way you teach with such revelation knowledge. Finally, teaching that I can understand and rightfully apply it in my life and ministry. I have learned a lot so far. Becoming a product of CLI would be my pleasure. Thank you, CLI!

Becoming a part of the family of God really changed my life. Accepting Jesus Christ as Lord and personal Savior feels great! I am alive in Christ and my past is behind me. I now press toward the goal of the higher calling. God truly changed my life and I am forever grateful!