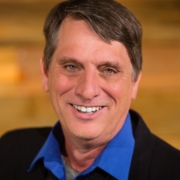 My Ministry Journey Led to CLI

I am Stanley Thomas Lawson. I serve at the Ethiopian Evangelical Church of Denver in Aurora, Colorado. Here is my ministry journey to CLI –  Christian Leaders Institute.

I was named for both my grandfathers. Stan on my father’s side and Thomas on my mother’s. I was born and raised in the Pomona Valley of California. My parents, who were both divorced previously, married five days after, and I am there firstborn. Both had children from previous marriages, all girls. I had a pretty good childhood. I did accidentally hang myself at age five but miraculously survived. The doctors were unsure if I would recover. But, my father prayed for God to do as He wanted and gave me up to Him. I awoke and have lived a mostly normal life.

My Grandmother was my biggest spiritual influence growing up. Nana, as everyone called her was a Sunday school teacher and flower chair at a small Baptist church in Claremont, California. The church is located near a retirement home for missionaries. It served as a meeting place, a playground, and a foundational piece to my introduction to Christ. I know my Grandmother wore out the side of her bed praying, and I am certain I was prominent in those prayers.

When I was fourteen, our church invited a Folk band. They brought a great testimony and spirit. During one of the song breaks, a member started talking about how God was speaking to him, telling him that someone needed to receive Jesus. He said some other things too, but in all, I knew he was talking to me. That night, I prayed to receive Jesus as my Lord and Savior. I was baptized a couple of weeks later.

For a time, I walked on a spiritual high. I wish I could say that it lasted. There was also a time that the Youth leader invited me and another young man to an all-night prayer time. We prayed and read the word. Both Ron Pfeifer and I later went into fulltime ministry. But I tested Grace first.

What followed in my life was a series of disappointments. I did not do well in school. I enjoyed working and theatre. Then, I met a young lady before my senior year through a play. We dated, and I was smitten. She was a year behind me in school, and I promised to marry her when she graduated. We did not marry then but did later and have been for the last 39 years.

After marriage, our first daughter was born. For me, it became a pivotal time. I rediscovered life again, especially life in Christ. I really began to understand what new birth is as I experienced it through my daughter. Renee, my wife, and I began to help out at the church with the youth. It was then I first heard God’s voice clearly in my life calling me to ministry. Unfortunately, I tried to tell God how that would happen. I needed to be successful first and then I would do as He wanted.

Work While on My Ministry Journey to CLI

After several failed enterprises and business opportunities, I found myself working in the grocery business. I was no longer going to a church. I worked 5-6 days a week and moved up within their system. My wife would take our girls to church, and I would attend on occasion. My real focus was trying to get to the level of an assistant manager. That would lead to a store director position.

I was known and respected in the company until I had to work for a store director that was difficult. We argued a lot, and it led to a meeting with a district manager. The DM asked me a key question, “What does your family think of all the time you spend at the store?” I told him that I was sure they understood the sacrifices I was making for them. We were a family of five, and what I did not understand is it was I who was sacrificing my family for my idea of success.

At this point, God said enough. Two weeks later, I was dismissed from my job accused of something I did not do. With no job and little education, my wife said let’s move and we did. In 1992, we moved to Colorado near the Denver area. I went ahead to look for work and lived with my sister who was there with her family. It would be the woodshop and redemption of my spiritual journey.

During the next few years, God worked on me and in me like never before. I struggled to find work, but we connected to a great church with a Spirit-filled Pastor, Dr. Rick Ferguson. First, God got my attention in a major way and brought me to my knees. The question that flowed over and over was why had I not listened. Then, I listened. I plugged into the choir and a men’s group. I joined the Pastor’s Bible study and that led to some amazing opportunities and connections. Promise Keepers was just forming, and I got the privilege to meet some foundational people including Coach Bill McCartney. I started wanting more of God and the fruit of that showed up in many areas of my life.

While praying to participate in a circuit preaching ministry, the leaders asked me to help in the children’s ministry. I liked kids, however, I wanted to raise adult leaders. God reminded me to trust and follow Him. I realized that I would be doing that in this ministry opportunity. Before long, we had a committed group of adult leaders making a serious impact on the lives of the children. I was mentoring many of them. Then, God threw in a twist.

First, God clearly spoke to me to be ready to leave. I cried, “How can I leave now, God? Isn’t my life’s purpose being fulfilled?” My family loved the church, my wife was plugged in, and we were growing together. I shared with some trusted men my dilemma. One particular man of faith, a former pastor, said to give it some time and see what God was doing. Next, in a night of prayer with my wife, Renee said that we should be ready to minister somewhere else. God was calling us to missions.

Finally, we asked for a meeting with the Pastor and told him about everything. We did not want to leave the church. However, we did want to obey God and do whatever he asked. Pastor Rick prayed for us and released us. That very night, not more than minutes from leaving Pastor Rick’s office, one of the associate pastors asked me to meet an Ethiopian friend of his who needed help in their children’s ministry. I met Pastor Endashaw Kelkele for the first time in November of 1999. We talked for several hours. As we finished, he asked me to pray about coming to help in their children’s ministry. We spent time praying and talking with the church elders and study leaders.

In January of 2000, we came to serve as children’s ministers at the Ethiopian Evangelical Church of Denver. At that time, there were about 20 kids and 80 adults meeting in an extra space of a local Baptist church. Now over 20 years later, we have grown to around 2000 people. Before COVID we had three services and around 500 in the children’s to youth ministry. God has been incredible along the way. The church provided three of my four daughters with spouses. It has provided for us and loved us. I have helped in almost every area of the church, including Youth and administration. I have traveled around the United States and Ethiopia learning and training others in children’s ministry.

However, one thing I have lacked is formal education. I attended community college after high school. Life, marriage, and children got in the way of continuing. I tried again here in Colorado but ran into some health issues and acquired a large amount of debt. Yet, I believe firmly in the education process as a needed component to ministering especially at a pastoral level but too much is spent. Little opportunity is given to those who need to learn to understand the ministry, especially learning to serve as Jesus served. My dear friend and Pastor, Pastor Rick, once said the toughest part of being a servant is when you are treated like one. I have experienced this truth.

Now I find that a calling is like marriage, for better or worse. The future benefits are eternal, but the walk can sometimes feel all uphill. I need to better equip myself for the next part of my ministry journey. Therefore, I am excited about what I have seen thus far from the Christian Leaders Institute. At almost 60, I am asking God for the mountain (I know that is supposed to happen at 80, but why wait). I plan to finish my degree and begin a process where we as a church can offer mentoring, training, and education to those who are looking at growing into ministry. Having a daughter in Grand Rapids, who graduated from Calvin College and met a nice Dutch boy, I hope to come by and meet some of the leaders at CLI. There are some great connections to be explored for the future! Blessings!

Called to the Ministry