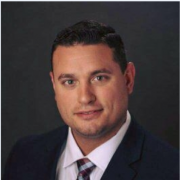 Michael is a 2009 graduate of Middle Tennessee State University with a Bachelor of Science with an emphasis in Finance. Michael continued his education at Charleston Southern University obtaining an MBA in 2012. Charleston Southern University is affiliated with the South Carolina Baptist Convention and is under the direct supervision of the Board of Trustees (elected by the South Carolina Baptist Convention), who are charged with the responsibility of operating the university within the purpose for which it has been chartered.  Michael worked in the Seniors Living industry overseeing operations of 16 Assisted Living facilities in the Knoxville, TN area.

Meanwhile, Michael obtained a Master’s Degree in Healthcare Administration from Ohio University (online) in 2015. Michael also went to work for Wells Fargo Bank 2015, and relocated to Scottsdale, Arizona. At Wells Fargo, Michael was a Relationship Manager in a specialty lending group in the Seniors Housing industry. Michael worked hand in hand with corporate executives to underwrite and originate multi-million dollar construction loans. While enjoying a nice career with Wells Fargo, Michael was called by the Holy Spirit to enroll in Christian Leaders Institute, as a student, and pursue a life of ministry. During this time, Michael left Wells Fargo to pursue ministry full time and moved back to his hometown of Crossville, TN. He is now responsible for establishing the Business Enterprise curriculum for CLI.