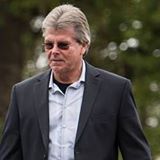 Paul Suprak was introduced to Christianity by his uncle was young. His desire wasn’t to live for Jesus at that time. Though he remembers looking up to preachers and even wanting to be one, his heart was not given to Jesus. By the time he was old enough to make his own decisions, Paul didn’t even think about church anymore.

His former desire to be a preacher forgotten, Paul decided to join the U.S. Air Force. in 1967. It was there that he would become a heavy drinker. Paul recalls this was a dark time in his life.

I joined the US Air Force in 1967. After basic training was over and I went to Electronics Tech school, I began drinking and abusing the use of alcohol. After Tech school I got stationed at Nellis AFB, Las Vegas Nev. I continued drinking heavy and spending a lot of time in the taverns in North Las Vegas. I was getting into a lot of bar fights and my life was falling apart.

This man was not to teach Paul how to live for Jesus. In fact, six months later Paul decided to accompany his friend Dan up the mountain for a weekend away. Paul wasn’t thinking about Jesus or being born again. He was just hoping for a weekend without getting in trouble.

Paul got more than he bargained for on the mountain. God was trying to get his attention. And in the midst of a weekend immersed in worldliness, Paul suddenly saw the light. He got his call to live for Jesus.

When we got on the mountain, Danny being into drugs, while I was a heavy drinker, offered me a mescaline pill and we both took one. We began to talk about the things that were wrong with the world. (Materialism, drinking, etc.) As we were talking about things that were wrong with the world, it was like a non-visible light shined on my life and for the first time in my life I saw that my life was really wrong. I told Danny that I could see that the drinking and fighting and bar life that I was doing was wrong. As the light was shining on the inside of me illuminating my evil ways, a voice began speaking on the inside of me. He said to me: “you keep going deeper and deeper into that lifestyle, and when you get into trouble you call out to me, O GOD! Then the voice said to me: “I’m not there, but if you turn from that I’m there.” Then the voice on the inside of me said: “there is a pedestal in you heart, you keep putting other things on that pedestal and pushing me back in the corner. Put me on the pedestal and live your life for me” As the voice was speaking to me my heart changed. I received a new heart. I was born again! I told Danny, “with all my heart I wanted to live for God.” When the voice or words of God spoke on the inside of my Heart, I received a new heart. I was born from above. Praise God!

As we were retiring to go to sleep in our sleeping bags, below the starry night, I said to Danny, “If it was the drug when I wake up tomorrow morning I will be back to my old self, But if it was God that changed my heart tonight it will be the same and I will want to live for God.

The following morning when I was awakening, I laid in my sleeping bag and the first thing I asked myself was: “How do I feel” I felt the same, with all my heart I wanted to live for God. When my wife came up to pick me up I was so excited about what had happened. I remember saying to her: “With all my heart I want to live for God, but how do you live for God?” I did not have a clue. I told her that my mother had a Bible at home. It was not read, but used to see if we were lying. I bought a bible and started reading the book of Mathew. As I was reading the book of Mathew I noticed that the bible was saying the same thing to me that the voice had said to me on the mountain.

Shortly after this I said to my wife, “Christians go to church, I don’t know why, but maybe I should start going to church. We started going to a Baptist Church and I officially went up to the altar to give my life to Jesus Christ. This is how I began my Christian journey.

Now Paul was excited to live for Jesus! He was ready. He was committed. He got his family into church, and they began attending faithfully. But then disaster struck.

In the summer of 1971, I received a call that my Dad had committed suicide. He shot himself in the head. He lived long enough for me to get back to Pittsburgh. I went to the hospital and sat next to his bed speaking to him about his need for Jesus. He was in a coma; I pray that he heard me.

Shortly after this I backslid and ran from the presence of God. The Holy Spirit convicted me. I knew right from wrong and I was doing wrong. I began drinking and smoking pot. I was on the run.

But God wasn’t giving up on Paul. He’d been called to live for Jesus, and God was going to keep pulling him back till he got the message.

One evening in 1973, after my wife left for work and I was watching our 3-year-old daughter, I opened my first can of beer and sat down on the couch. My daughter was in front of me sitting on the floor watching TV. I was not drunk or on drugs at the time. As I was sitting there, the voice began to speak on the inside of me as He did up on the mountain. This time He said: “You know what road you are on, you’re on the broad road that leads to destruction, But is it fair to take her with you. Because whatever way you live your life, you will raise her the same way”. I immediately got up from my chair, picked her up and put her to bed. I went into my bedroom and fell to my knees and ask God to forgive me and help me get back. For days it felt like there was a wall between God, and me that I could not get through. I was working at a cabinet shop at the time. There was a Christian named Tom who worked there. I went to Tom and told him that I had been backslid and wanted to get back to God, but there was this invisible wall that I could not get through. He told me he was having a prayer meeting Monday night and I should come. I went to his house and I rededicated my life to the Lord in prayer. I did not feel any difference at the time, but about three days later I felt the wall come down and I felt like I was back with God.

As I look back on my life, one thing stands out to me. That night my life was changed on a Mountain outside of Las Vegas, NV.

Before that night, my life was one of alcoholism, abuse, and the absence of peace. No Christian influences. From that night in the summer of 1970 to the present, my life has become one of experiencing God’s blessings. He has blessed me and my family in so many ways over the years. Now my whole family is Christian.

I want to live my life for God, in allowing Him to use me in ministering to His people.

If your calling to live for Jesus involves training, Christian Leaders Institute is for you. Click here to enroll in courses today!

Christian Leaders Church – Event 2 – The Holy Spirit Tests You As...
Scroll to top