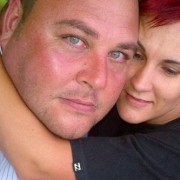 Hi, my name is Vince Vos. This is my story.

In 1993, I was called into the ministry via prophetic word with my name called out of a congregation of about 2000 members. My dreams were shattered after this because I didn’t want to become a pastor. My life plan was to go make money, and I was already accepted at two universities in South Africa, top universities. Now God was interfering in my life, so I thought.
I went as an obedient child of God should do and a respected member of the community, I had just finished school with distinction and exceptional leadership accomplishments in various fields. I was not on my way to waste my life to become a pastor.

In 1996, the Toronto Blessing hit the world, the AFM Charismatic churches were drinking it in without hesitation. Then there came a problem in the charismatic churches in South Africa, and this was the break I was waiting for to get on that boat that did not go to Nineveh.

My journey of fleeing started. I got involved with a girl that I thought God sent, because, even though I was not in God’s will, I was sure He still looked after me and carried on. The relationship lasted two years and then it was over. Three weeks after it was over, she contacted me and told me she was pregnant. As family values go and due to family pressure (though I did not seek God’s will in that), we got married.

Eight years down the line, she called me one day and told me that she was unfaithful for three of the eight years we were married. But this didn’t stop me. I had money, businesses, and a lot more, except God, though I went to visit Him every Sunday. I thought I could fix this for the sake of the children, so we relocated to Johannesburg because the town we were living in was too small for this mighty businessman that got cheated on.

But there always was a hunger in me, I developed a complex of “WHY” …… why was I never good enough, why did it seem the more success I had in business the more my life went to shreds, etc. The devil knew exactly how to fix that; he brought me into contact with the Muslim Brotherhood.

Before long I was recognized as a leader, a head of security, a white collar gangster. I had lots of money behind me and a license to decide who, where and when people lived. I ruled Johannesburg South in almost every division. We were the gods of that town. People knew when we entered and when we left. Hijackers were my main meal, and I dealt with them in the worst ways possible. Violence was my tool of choice and torture was my specialty. My violence was fueled by the question deep inside myself, “Why was I never good enough?”

Separation and divorce from my wife were happening when I met a the woman that changed everything (deep inside of me I always asked God to send the right person that would help me out of this mess). This woman began to pray for me, every day for three years.

By 2012, I had been through a divorce, lost three businesses and was in the process of financial bankruptcy. The authorities were all over me. I had nine GBH cases against me, with eight of them as attempted murder. The backup and the money were gone. I only had my family that persecuted me, laughed at me and tried to get me in jail. Jeremiah 12:6 was a reality in my life.

The people I loaned money to, hundreds of thousands, disappeared from the scene. Only one woman stayed on her knees and prayed for me for three years. In this same time, her ex-husband wanted her back. He knew a lot of people, so in September he published a blog article on social media blaming me (with a photo of me) for not getting his ex-wife back. This accusation was untrue. I never interfered with his interactions with her. I was fighting a battle of my own to stay out of jail with the possible sentence of 15 years correctional.

Then in September 2012, her ex-husband shot himself and circulated a letter to every police station and every person he knew, accusing me of doing it. Overnight, I was in the spotlight again. My family believed the lies, and so did many others. The situations seemed hopeless. No one was there to stand up for me except for her. Through all the emotional turmoil, she was fasting and praying.

Mercifully, God took away all the cases. However, he allowed the consequences of my actions to break me down. In three years, I could not get one single job, even though I was a qualified IT, specialist. I sent 1097 cv’s to applications and had three interviews, but God closed all doors and windows so that He and He alone could heal, build and restore me.

The vision I have is to get the body of Christ ready for his coming. I have a vision to start my ministry where people will come for help, repentance and salvation through Jesus Christ. I have a vision for growth and revival in my area and throughout the world. John 4:24 IT IS TIME TO WORSHIP GOD IN SPIRIT AND TRUTH!

Currently, I don’t have any form of income, but I trust GOD cause He is my provider and my redeemer.

Madeleine has since become my helper in the ministry and my prayer warrior when we fight against the devil as we are instructed to do in Ephesians 6.

My journey has been one of many tears, blood, hurt, money, power, sorrow, and then new life in Christ. God lead me to Christian Leaders Institute so that I can grow in knowledge and be a more effective part of the body of Christ.

I hope this testimony blesses you. May you be enriched in God’s grace and truth. Until the Lord Jesus returns, shine for Him.

Walking With God for a Fruitful Life
Scroll to top