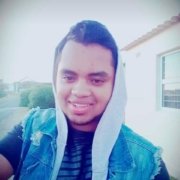 I was born on the 21st July 1998 in a city called Cape Town, in Western Cape, South Africa to my two loving parents Martin and Karen Davids into a family that was already a family of three(father, mother and 1 sister) at the time.

I grow up in a family that was every Sunday in church. I grow up knowing and hearing the word of God because after all my Grandfather was a Moravian Church minister. We knew that their is a Lord. We know what he did for us on the cross. I was thought that if we go to Sunday on a Sunday we will get everything we want in the week. I was thought that if i get Confirmed and learned the history of the church and see what the founding fathers did and be faithful to that promised I made in front of the whole church with a Group of friends I met and be came friends with in confirmation class that I will go to heaven and then i can only enjoy the Holy Communion.

At the age of 12 years old. After the pasting of my Grandparents and the confirmation of my sister. We left the Moravian Church and joined a new church Omega Prophetic Ministries where we heard the truth about God and what he really did and the really love he had for his church. At that church i heard about the true meaning why Jesus died for our sins and why our relationship with Jesus is the most important relationship on the face of the earth.

At the age of 13, we were well into the ministry. I joined the youth and was striving to live a life that the Ten Commandments said. On winter night will i was at Home Cell I was touched by the Holy Spirit and I give myself to Jesus and started to live according the word of God tried to have a Heart after God, but that failed after a incident at church. That lead to me leaving that church again and going back to my mother’s church. And falling back in to the right cycle according to the church. I got confirmed in 2016 but yet i felt in my heart that this is not the truth and this is not where i must be.

In 2018 after i finished my school career I found myself out of church, away from God, living according the patterns of the world and following friends but yet i still felt that something is missing. i want back to Omega Prophetic Ministries and I rededicated my life to Jesus again and that is where I learned to live according to God word again. That is where I got the small role as Co-Youth Leader and Youth Program director.

And that is where I realized that I had a calling on my life. That is where I realized that i want to know and teach move again God that is where I reach that maybe God wants me to be a leader because my whole life i was Group Leader in school programs. And in that time i found Christian Leaders Institute to learn to be a better leader for God and his people. After some misunderstanding between me and the Leadership of OMP because of Christian Leader Institute I got stripped of my position and was kicked out of church again, but praise to God I found a new Loving home again. And now i can use the information of Christian Leaders Institute to inspire, teach and learn a new youth group

Called to Serve: Without God I cannot do it!
Scroll to top